A day for smiling 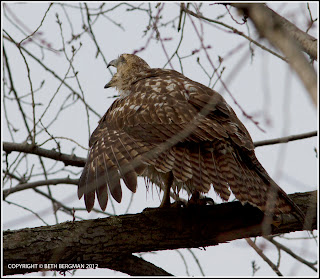 This was the most bedraggled redtail I've ever seen. I think it had just taken a bath at Wagner Cove. No preening. I came along, reverse end, to see this hawk moving along branch. There was no way to get in front without falling into lake. 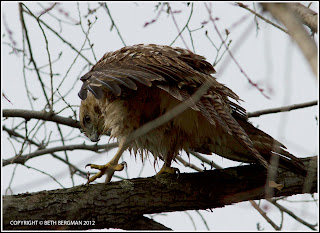 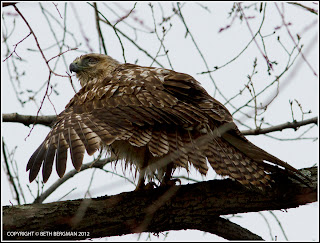 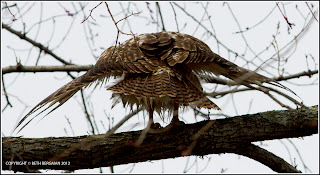 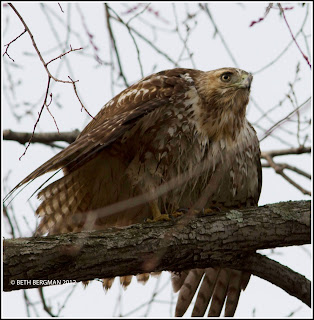 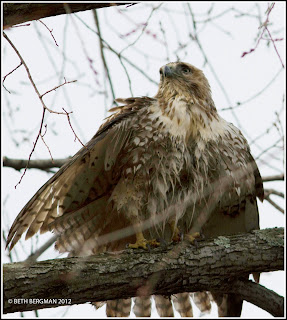 Finally it flew to west side of lake. 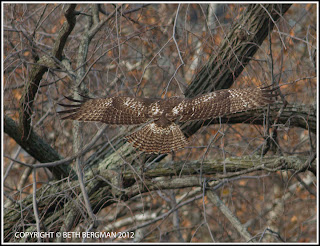 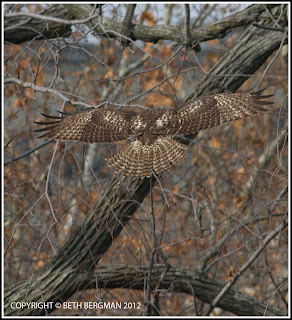 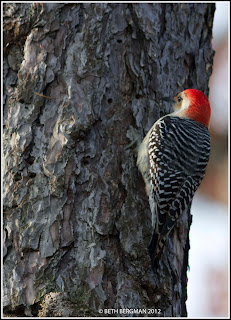 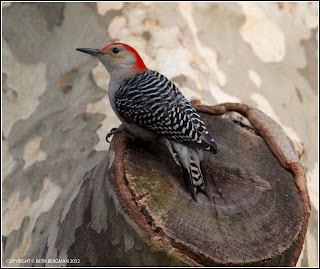 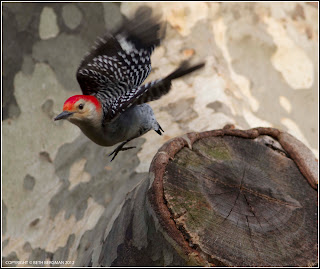 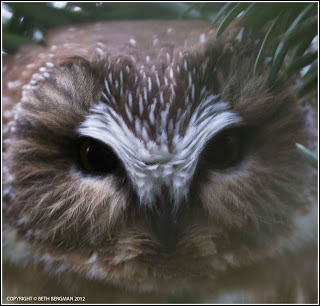 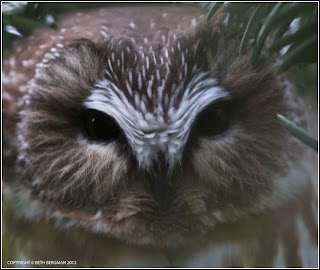 It's very hard editing the saw whet. Tiny treasure. Sleeps and stares.  Of all the owls this one deserves privacy.  A mob of gawkers is not in the best interest of this bird. Sometimes the behavior of humans, bird photographers included, is atrocious. Never forget safety first.  Birds way up in trees are safe to do what they want. Birds within reach deserve privacy and quiet.  Having a camera is not a license to be noisy and intrude for long periods of time.  Quietly take a few pictures, then move on because that's the right thing to do. I'll post more saw whet images, shot within 2 minutes before silently walking away.
____________________________________________
Posted by Beth Bergman at 5:14 AM