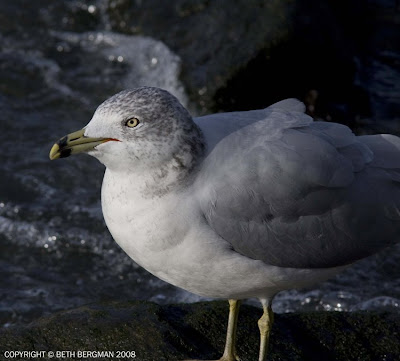 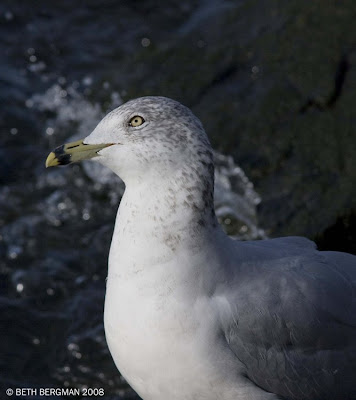 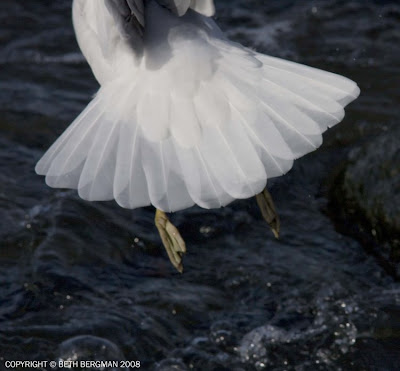 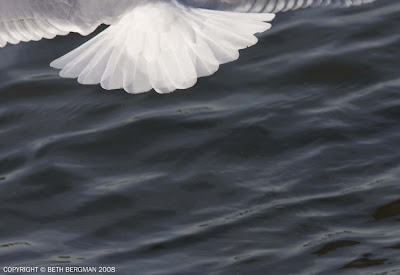 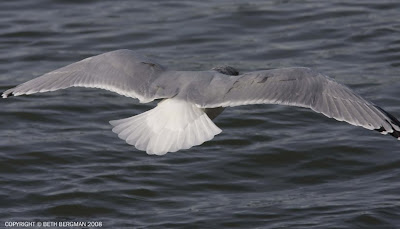 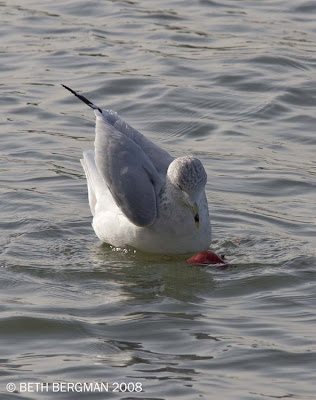 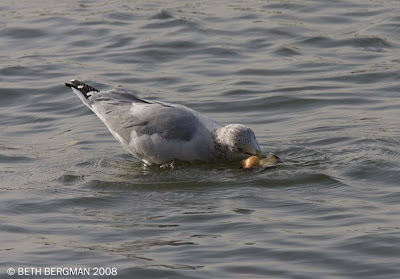 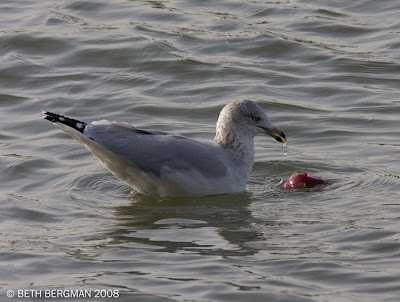 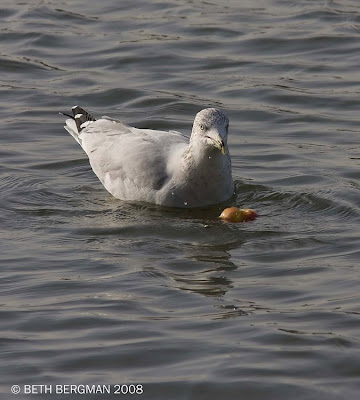 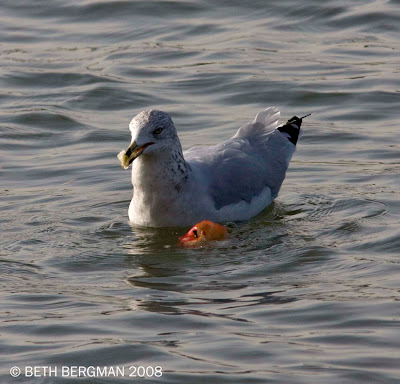 This can't be easy for a gull. There's no traction. But gulls will eat anything. So there was this gull perched on a rock. I was watching the bird so intensely that I didn't notice what the bird was watching,- someone about to toss food into the river. My lens yesterday was not the best for getting birds in flight. Never mind. You'll get the gist of this. The gull ate as much of the apple as it wanted and then flew north. The apple floated south in the sweeping current.
________________________________
Posted by Beth Bergman at 5:33 AM