This little squirrel caught my eye, because while it could scamper very well it had difficulty balancing on its rump, eating-necessary-position. My first thought was rabies???? A squirrel lover was handing out walnuts, handing, as in right to their paws, so I suggested that maybe it wasn't such a good idea to get so close to this particular squirrel. Result: immediate, intense defense. "He's been that way for months. Probably fell out of the nest." Okay...... I'm not about to face-off with the walnut-catering service, and if this squirrel has been exhibiting this topple-over behavior for a while it's probably not rabies. It would have been dead already. It probably is neurological damage. At any rate it was fascinating to watch, food held up, sip position, and topple over. However, there's nothing the matter with this squirrel's appetite or scamper ability. 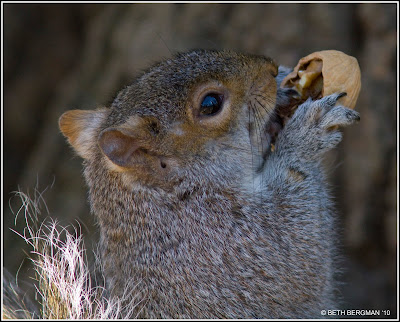 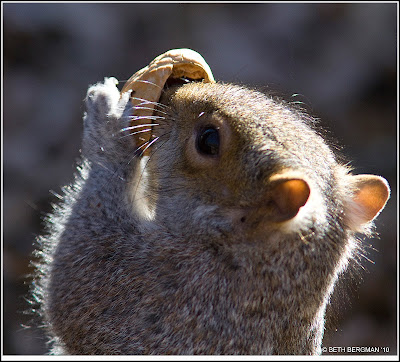 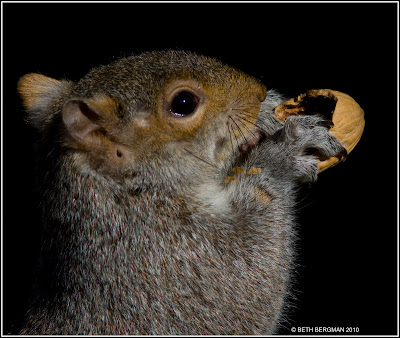 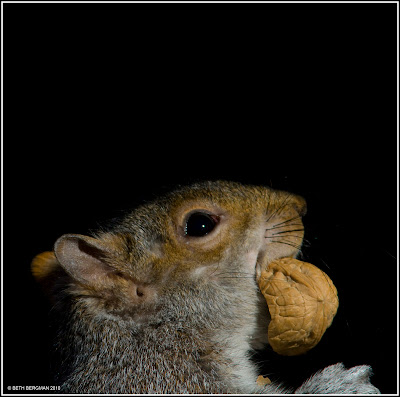 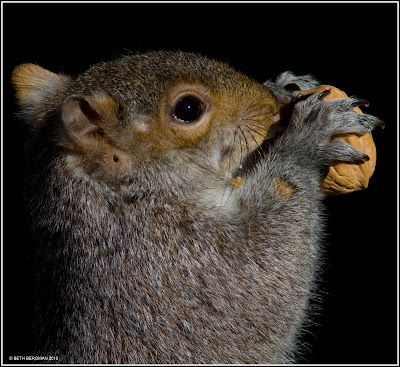 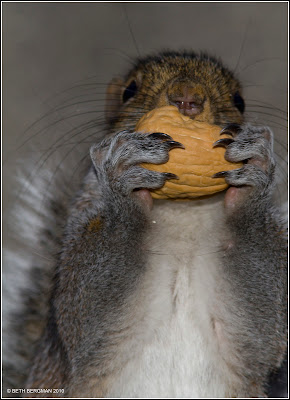