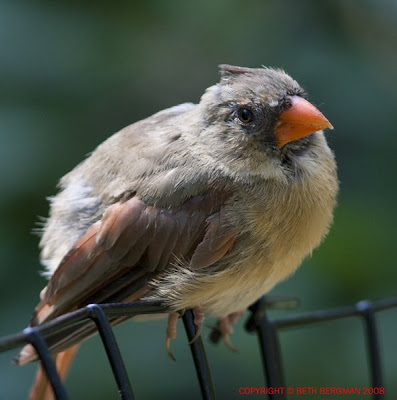 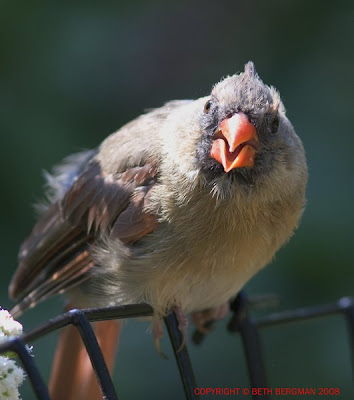 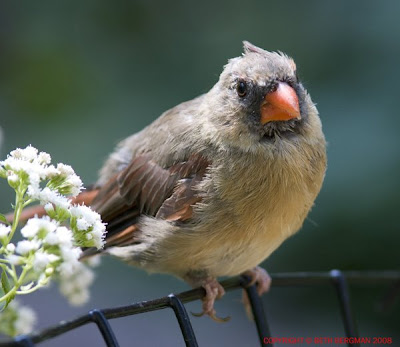 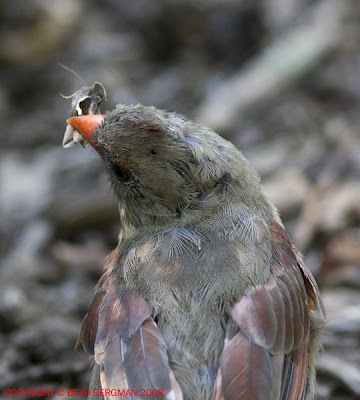 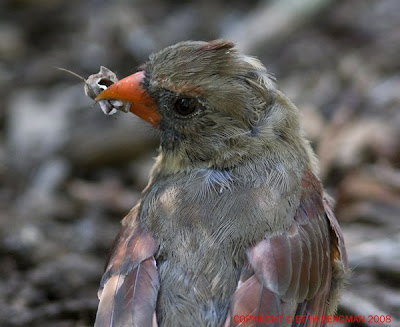 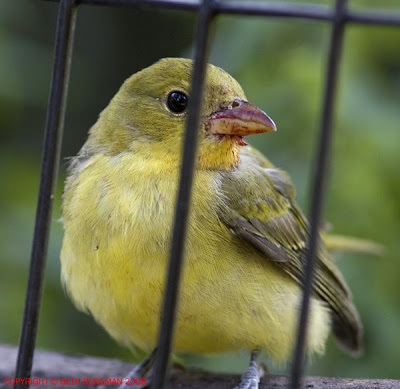 I came around the path and met a juvenile cardinal sitting on the fence. It didn't mind that I was in its space, whispering to it, taking its picture. Tourists strolled by, admired it and also took its picture and it continued to perch. It had a reason for this patience even though I didn't know it. In a split second it turned and the next thing it had was a tasty big bug, I think a moth. It crunched it. I heard the crunch sound. It flew to the ground and crunch more. And then for whatever reason, the cardinal opened its beak and the moth tumbled off. I know that bug was injured, but it got away. Meanwhile, in the Shakespeare Garden the goldfinch was not having such problems. Berries don't fly.
___________________________________________
Posted by Beth Bergman at 1:37 PM