Spring is in the air even though it was intensely cold yesterday. 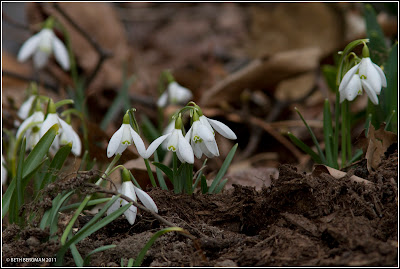 Lots of regular birds and lots of birders. Someone had thrown out seed for the little birds. I was watching the titmice and they were eyeballing me. 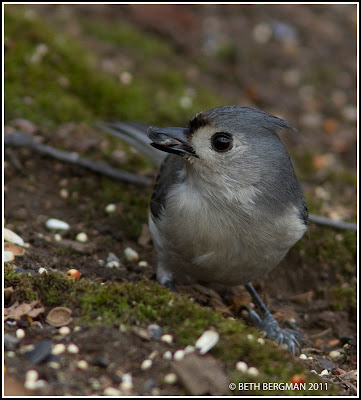 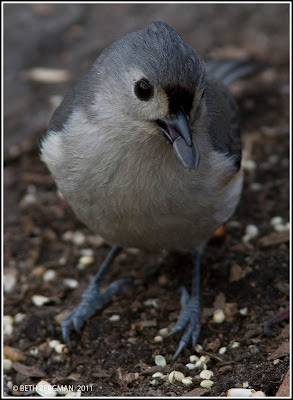 A good part of birding has to do with sound. I heard titmice making a racket and followed the sound. Nothing could have prepared me for this. There were two titmice and they were attacking a raccoon. Perhaps they had wanted this hole for their nest. I don't know. Perhaps there were tasty fleas in the raccoon's fur. I suspect it was a territorial battle. The two titmice were persistent. The raccoon was aware that there was an attack going on. Raccoon shifted position a couple of time. 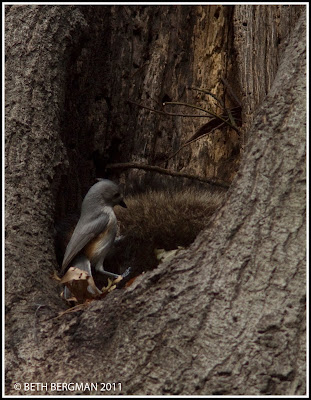 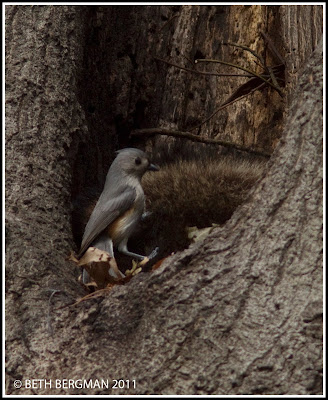 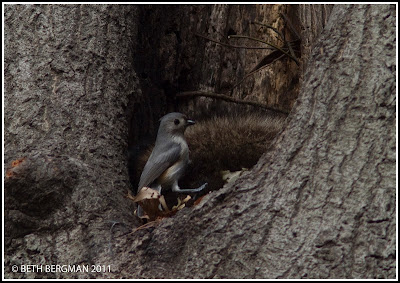 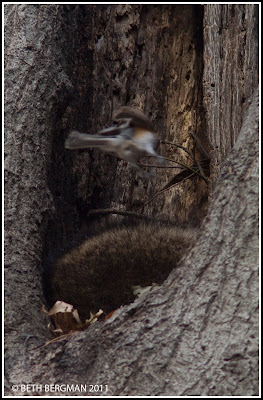 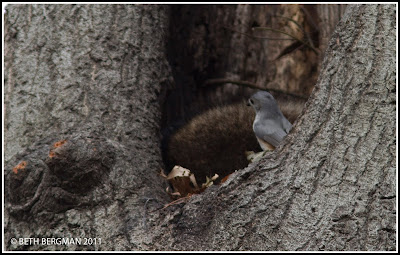 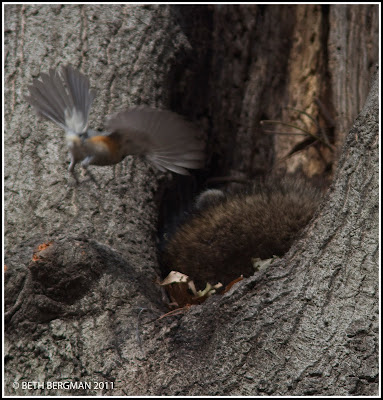 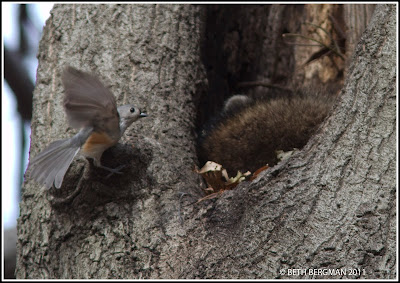 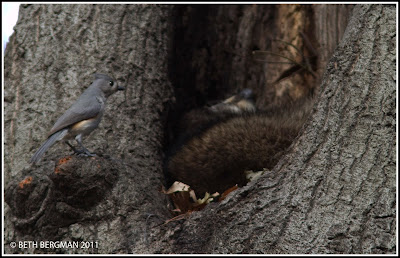 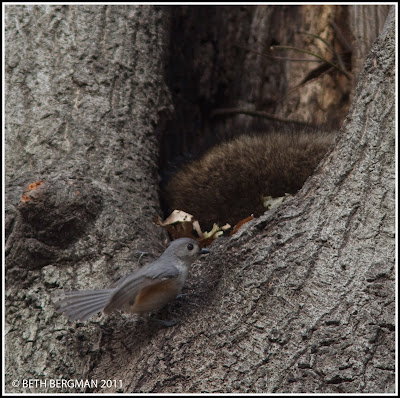 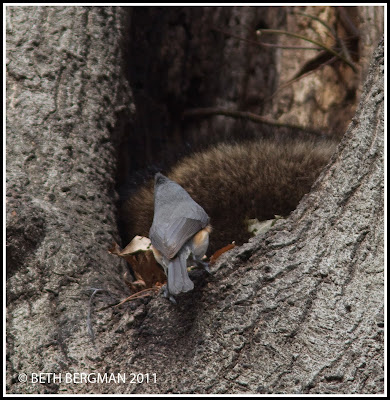 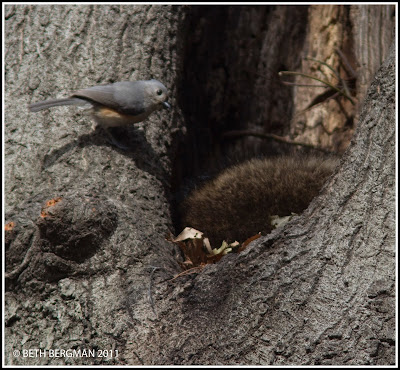 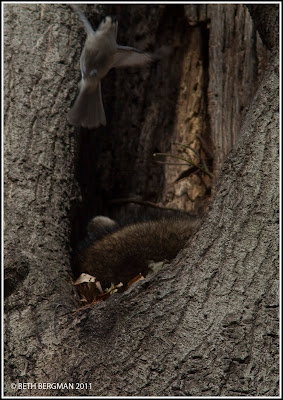 I couldn't hang around all afternoon. When I left raccoon was happily asleep and titmice had flown off, but not far away. Maybe raccoon would leave hole at night and titmice could reclaim spot. 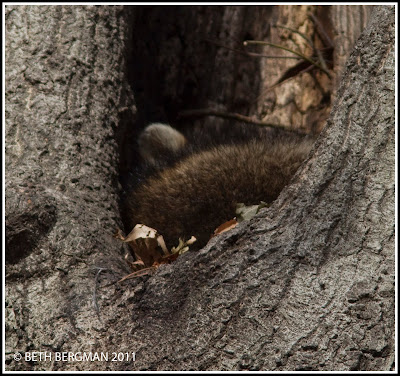