You never know what you're going to see once you get into the park. I entered at West 69th and met a flock of grackles, hundreds of them working the lawn. No matter where you looked there were grackles followed shortly by screaming blue jays. Screaming jays often mean there's a hawk in the neighborhood and since this is the immature red-tail's turf I expected to find this hawk. Sure enough, hawk showed up followed by a half dozen caw-ing crows. Hitchcock's "The Birds". Cacophony. The hawk looked around and got out of there. I did too.

What I saw next will most likely get blogged tomorrow, but further on I met a cooper's hawk. At first I didn't recognize it for what it was because it looked so skinny, but that was because it was stretching to see food. 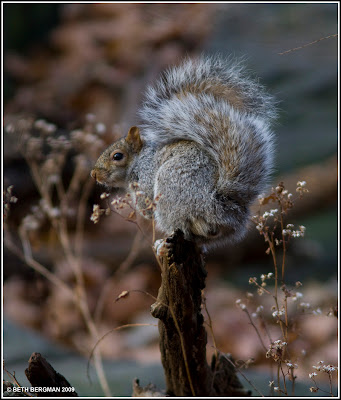 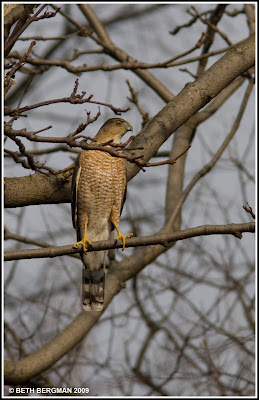 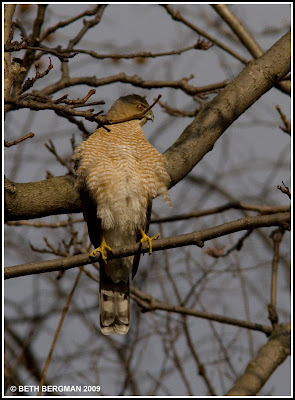 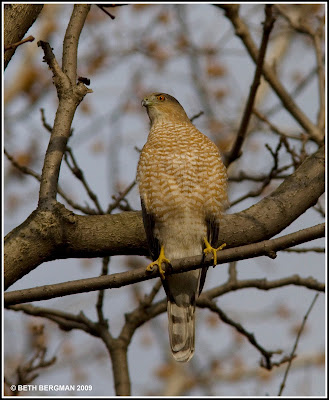 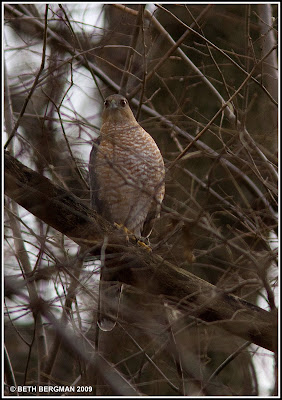 It's watching for a white-throated sparrow, loads of them available for lunch. or maybe a mouse. 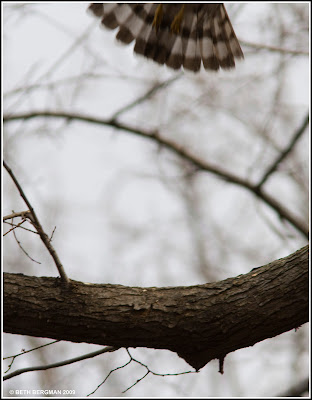 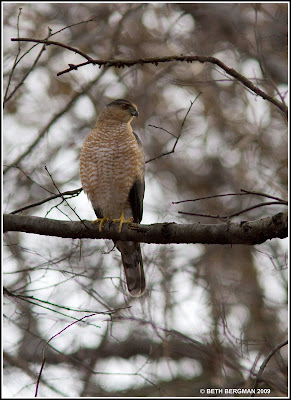 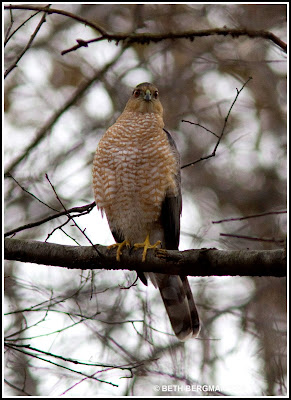