The huge flocks of kinglets have headed south. There are assorted small groups still in the park, but the sensational flocks were hard to find yesterday. Instead it was a day of assorted birds, the regulars and some migrants. 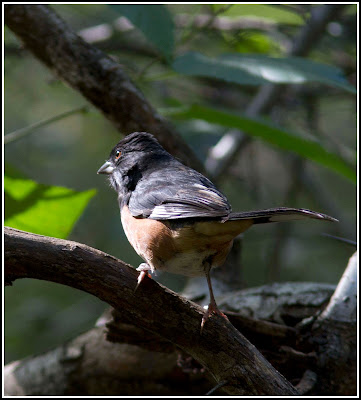 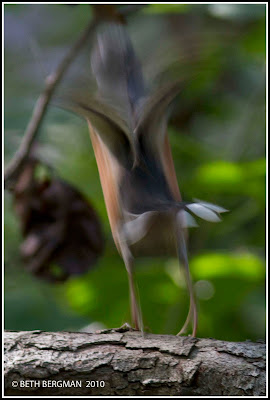 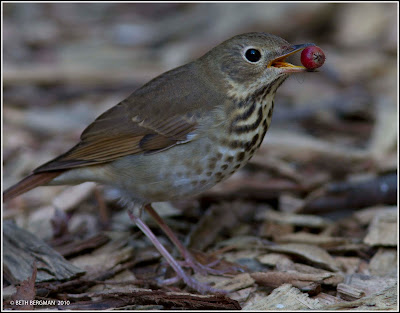 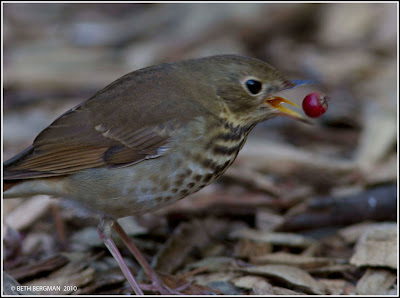 Another berry eater, the female cardinal. 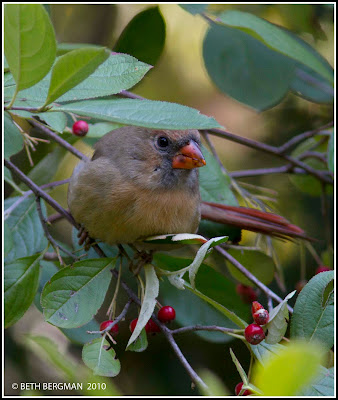 This is distressing. The robin caught my eye because it was gimpy. Something was very wrong with its feet. I don't know if this is a fungus or some other desease. I've seen other robins with the defect, but this one had it the worst. It's right leg was only functional at the hip joint. Both the "ankle" and "knee" were frozen in position. To sip water it had to get down on its belly, leg extended out and to the side. Take-off was with rigid leg out and then full body thrust upward. It didn't seem to be in pain, but it was gruesome to see a robin with a leg that looked like a tree branch. 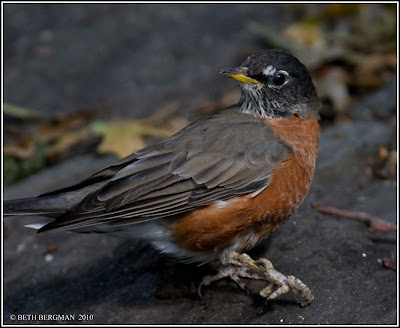 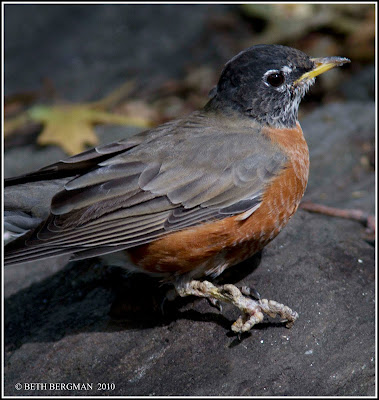 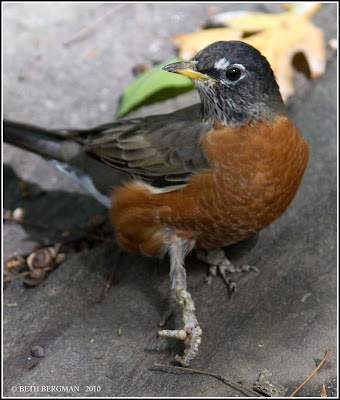 This robin also seemed to have the crusty leg, but it was up in a tree doing berry selection. 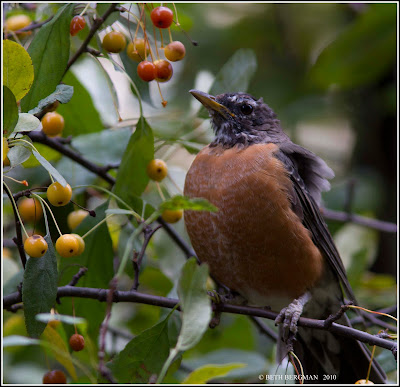 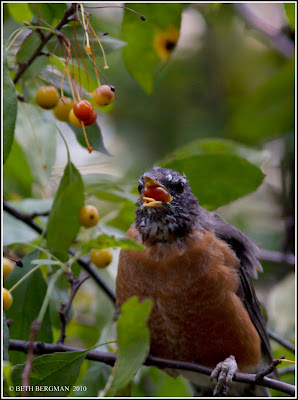 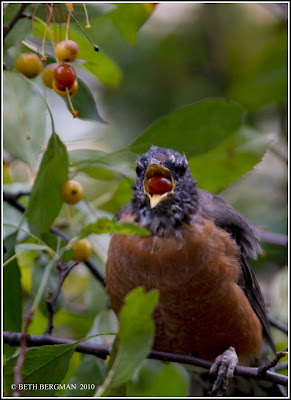 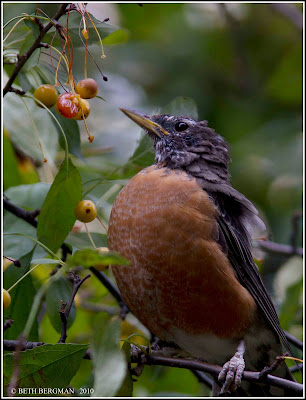 I walked around a corner and accidentally flushed a cluster of flickers who had been bugging in the grass. They all flew to the trees. 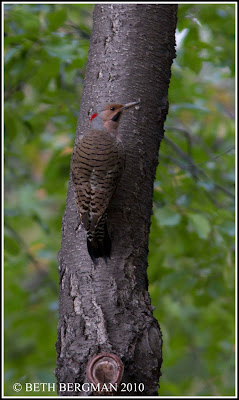 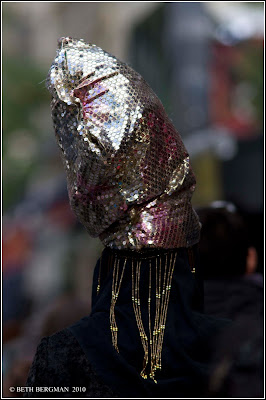