When three young hawks are gadding about it's hard to decide who to focus on.  They're exploring their surroundings and looking for food. Everything captures their attention. 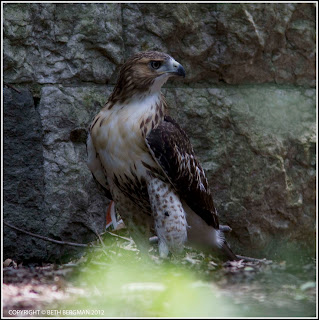 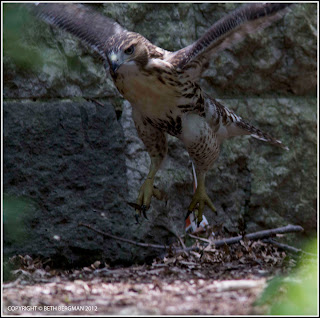 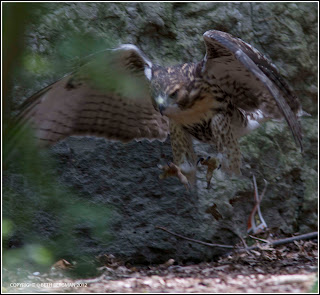 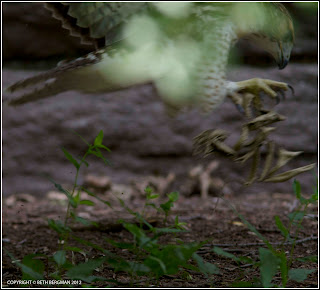 There was so much going on that I didn't sort this out until I got the pictures into the computer. Hawk "caught" something, but this was not an edible. Someone discarded a used Pampers. Thank God it wasn't  poopy Pampers, but without question there was odor involved and that was the attraction.  It could have been a fatal attraction, because there is rubber in the leg bindings. 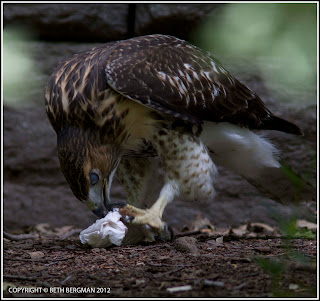 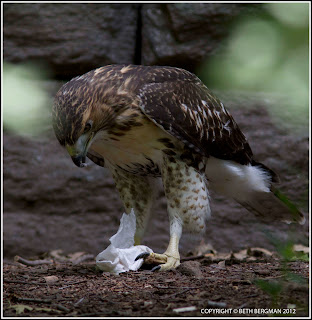 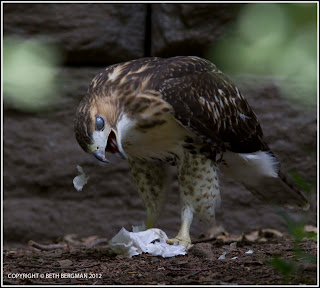 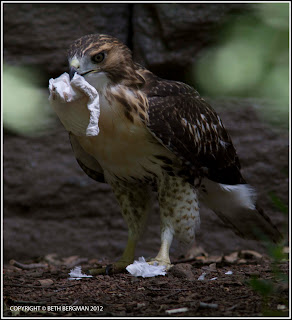 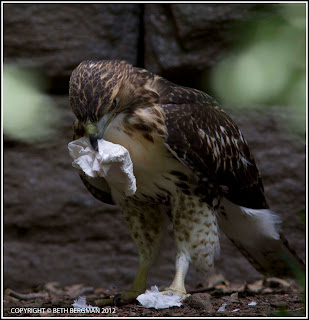 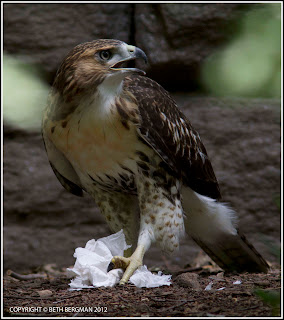 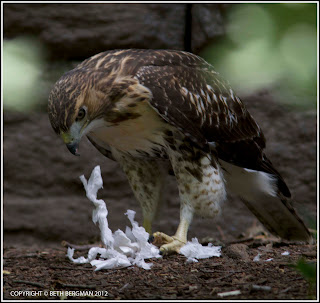 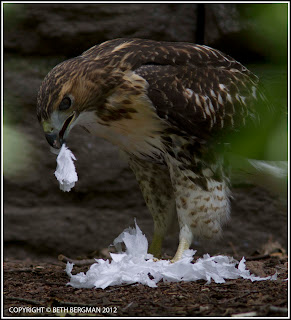 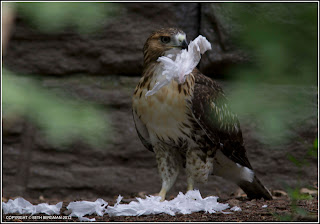 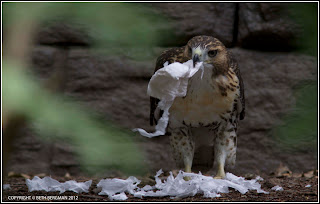