With infinite stupidity the Park's supervisor has ordered the north lawn of Strawberry Fields fenced off for restoration. Why this could not have been put off until mid-October is beyond me. It's perverse. This step marks the end of bird observations in this field, a usually very active, fascinating space.


Only a couple of hummers yesterday. Perhaps the rain signaled the time to move on, but I still have a backload of hummer pictures to post in the next few days. 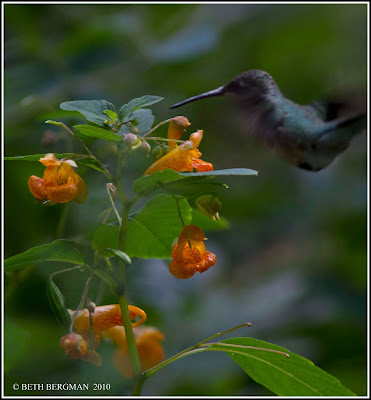 The chokeberries in the same plot are being stripped bare. 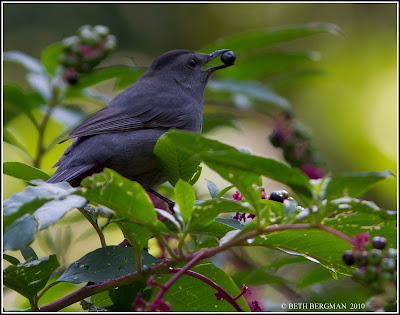 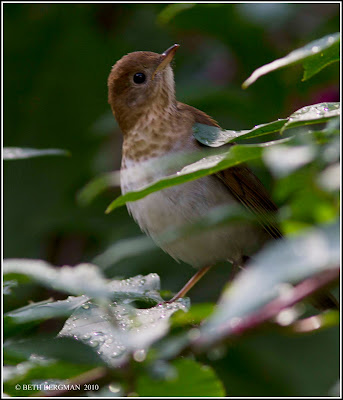 But the most fun yesterday was the arrival of the grosbeaks. They love the seeds of the jewelweeds. They were going through the plants as if they were starving. Could not have cared less that a human was watching. I shot for facial expressions. Only later at the computer could I see the red breast feathers beginning to show in some of them. Juveniles. 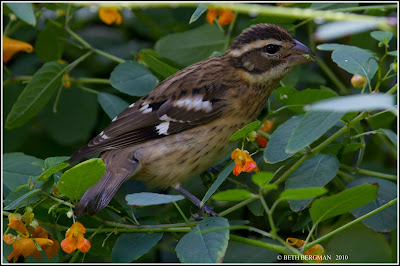 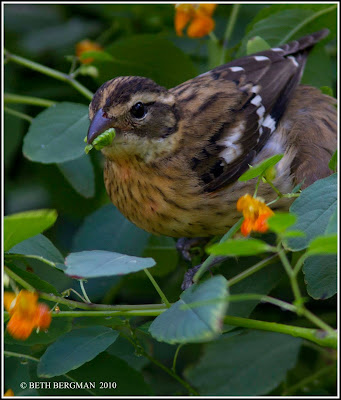 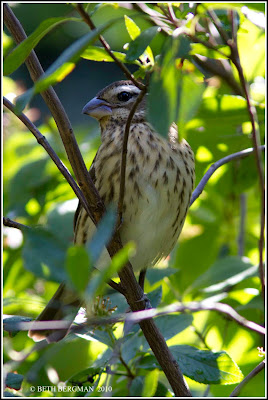 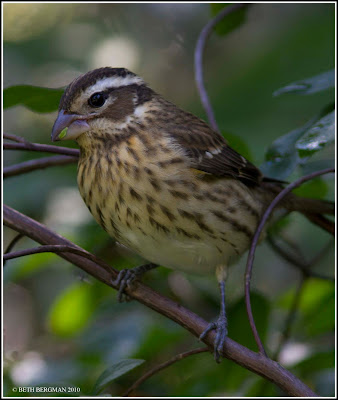 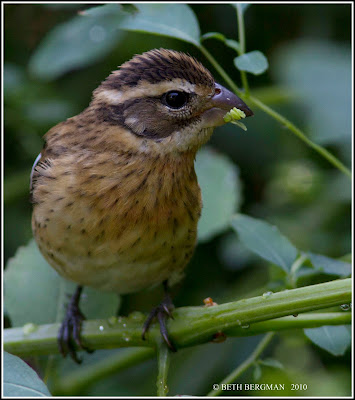 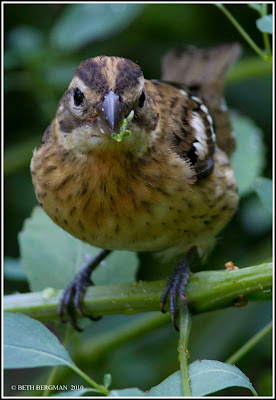 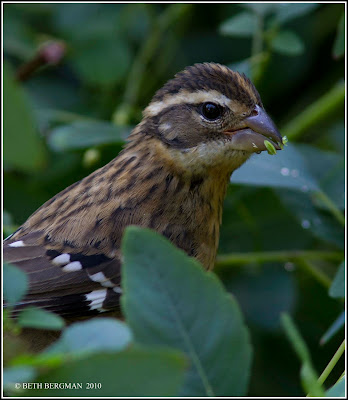 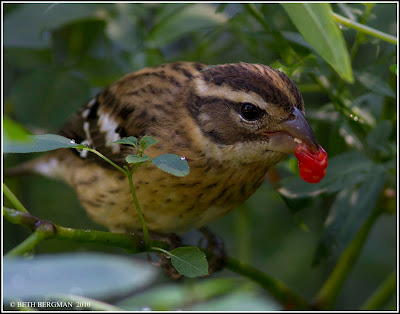 They eat like cardinals and parrots (and humans). "Chew" on the meat of the morsel and then discard the pit and/or skin. 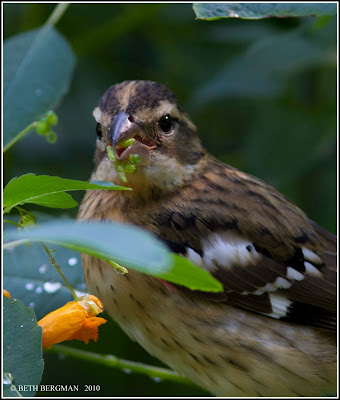