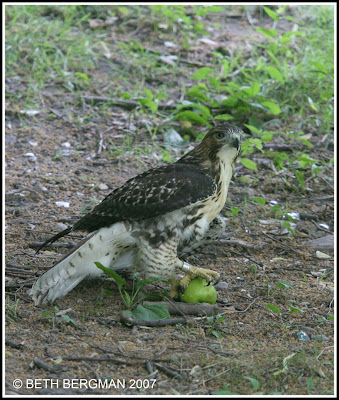 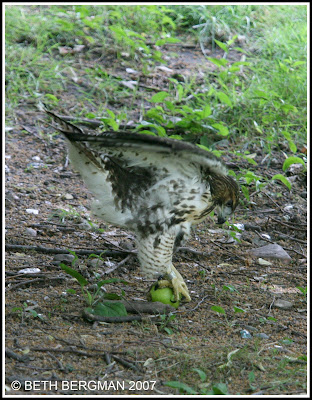 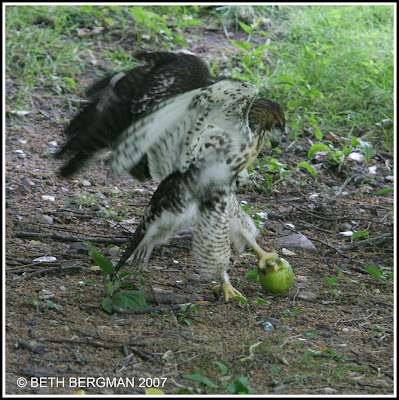 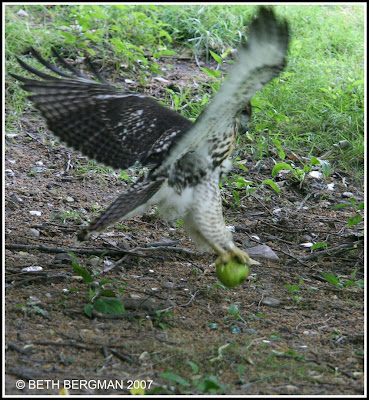 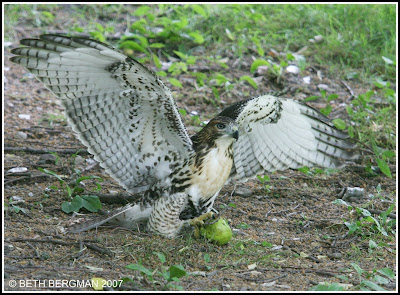 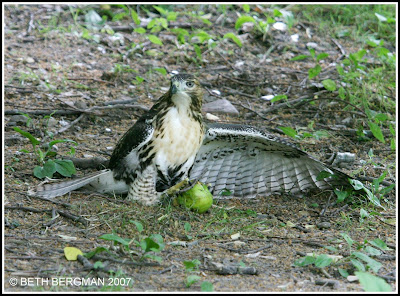 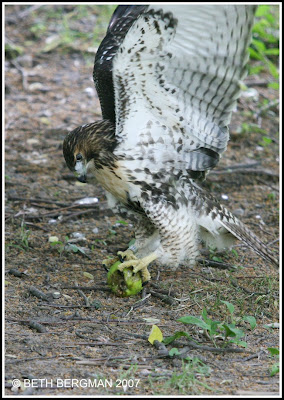 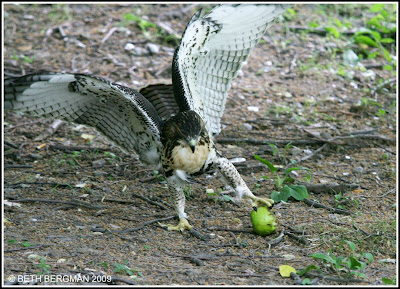 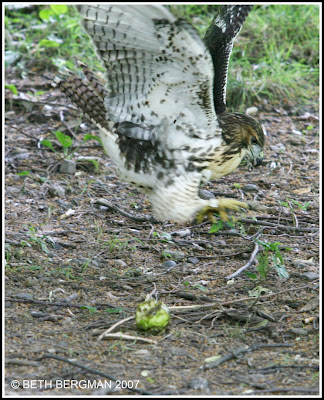 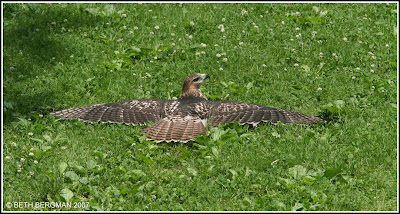 These were shot July 6th 2007. Ziggy hawk fledged from a nest on 7th avenue and landed on the sidewalk behind the Ziegfield Theater. He was rescued by the raptor rescue team and eventually reunited with his parents in Central Park. That's why he's banded. His parents were Charlotte and Junior. Ziggy spent his formative months at the baseball field. It was a large space to explore. He was also attracted to round green things, in this case an apple instead of a tennis ball. He played that apple to apple sauce and then spread out and anted. I look at the images from 2007 and get sad. These were shot with an earlier digital camera that I loved. I thought it was the finest digital camera I'd ever owned. It was. For then. Now the results are so much better. Technical progress. Superior. Until the next invention. Obsolete cameras. But the pictures still live.
_________________________
Posted by Beth Bergman at 4:51 AM