As I left the house one of my neighbors asked, "What are you going to photograph?" There's usually no answer for that. It's impossible to predict what you're going to meet. I was anticipating seeing very little, but the first photo op was right on 69th street, a charmer, the sparrows enjoying the cupcake remains from Magnolia's, the cupcake shop on Columbus Avenue.
Waste not, want not. 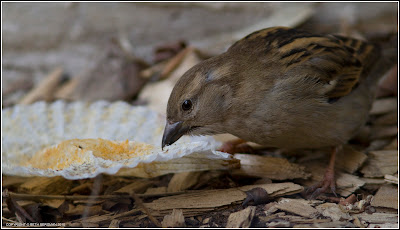 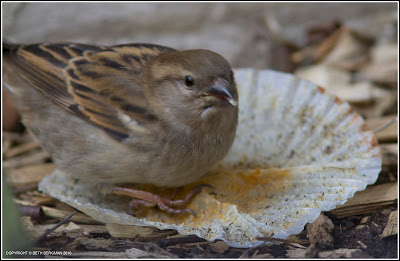 When I got into the park all was quiet, no signs of raptors. I did meet a team (human) from the park's horticulture squad. They were checking trees for signs of asian longhorned beetle infestation. That will be the subject for another blog. I headed along the west drive, heard sparrows chirping, saw very little until I got to the Shakespeare Garden. There sat the feral cat sunning himself, same cat I'd seen in September. The Park's Department knows this cat and puts out food, but it won't come to a human. I asked Cat if he'd like to come home with me. I got ignored. It makes me sad to see a cat outdoors in winter. There are a lot of feral cats in the park. There are people working to trap them and find them good homes. 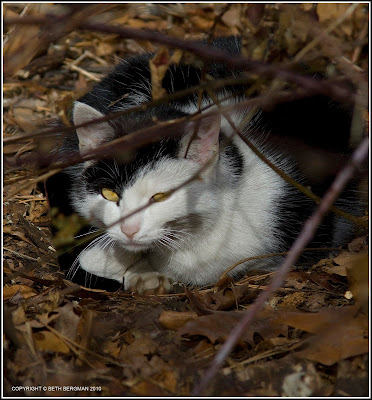 If I had tried to get closer Cat would have darted away. It was better to leave it enjoying the warmth of the sun. On to sparrow rock. There are always assorted birds in that area. And they like nut treats. 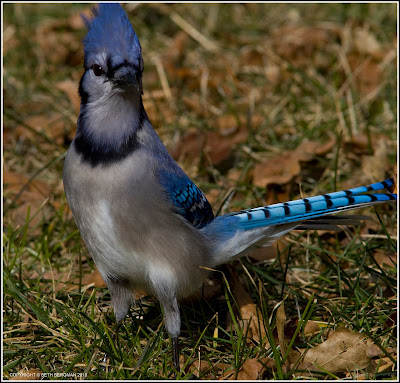 The cardinals come for food. This femal caught my eye. Broken beak. I don't know if it will regenerate, but the fracture didn't stop her from eating. 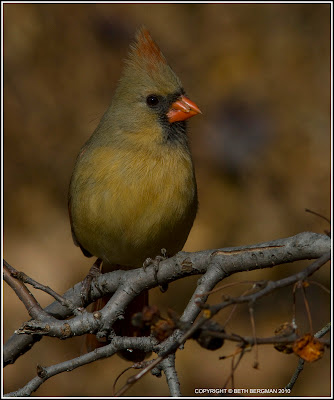 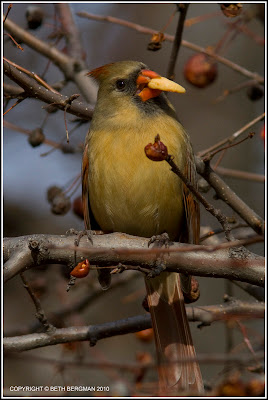 On up to the Pines, nothing special, back into the Rambles. Pictures happen in a split second. The downy was there, and then away, a nanosecond woodpecker. 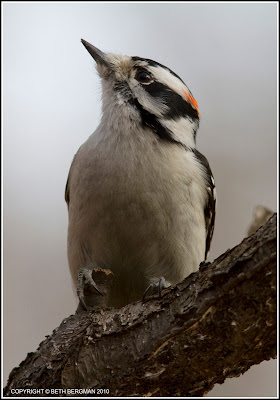 Every tree has to be checked. This was a very nice "plug" in a knot hole, breathing deeply. I wasn't about to hang around waiting for raccoon to wake up, because that might not have happened until dusk. I have no idea how many raccoons may have been in that tree. 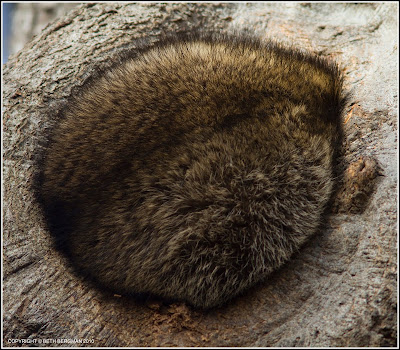 Onward down the path. Surprise of surprises, a male hooded merganser, more commonly on the reservoir, now on the 72nd street lake probably because there's open water. 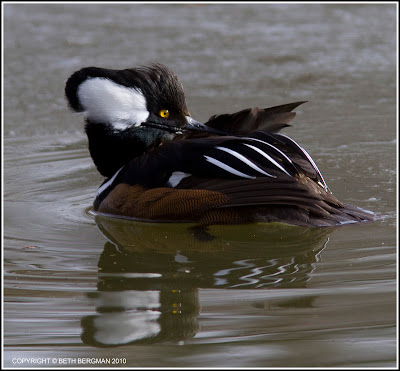 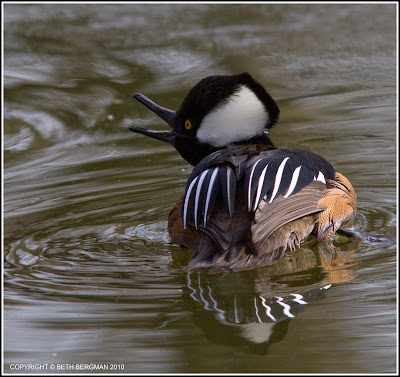 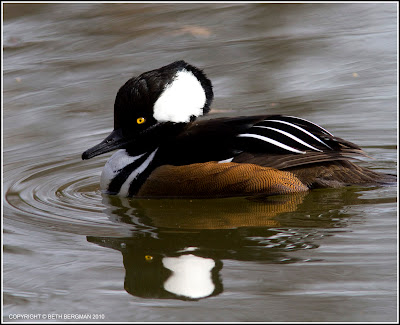 There's a birder who puts out nuts for the birds. Every bit of food helps in the winter. Her generosity attracts all the small birds. If a hawk arrives in the vicinity everything vanishes into the bushes and there is total silence. 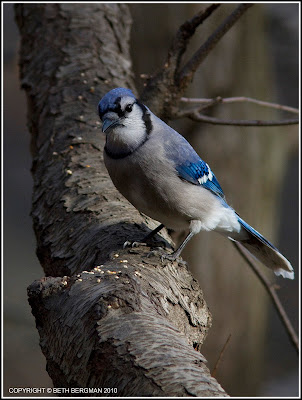 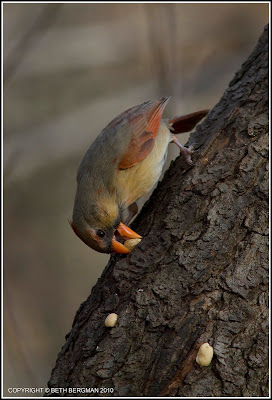 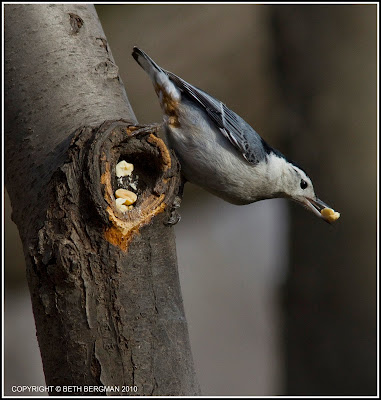 The gulls are here in winter, because there's food. It's a great learning experience for little kids because these are big birds they can see and the gulls hover right in your face. 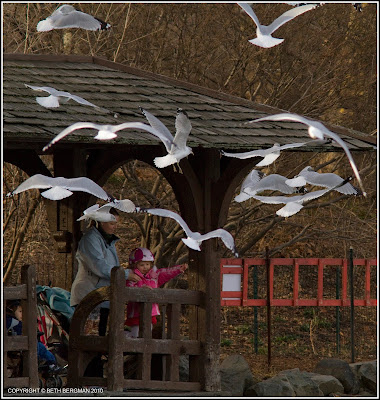