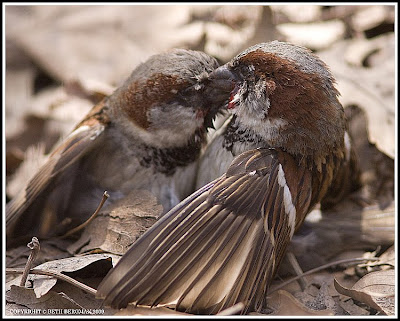 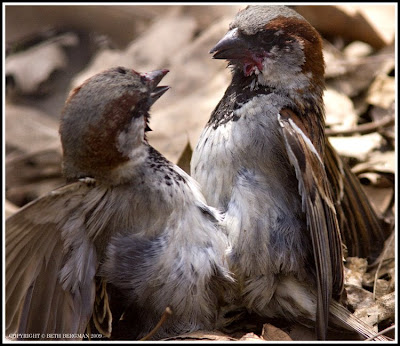 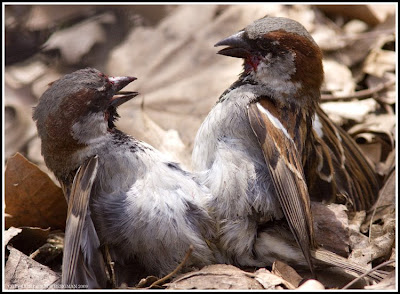 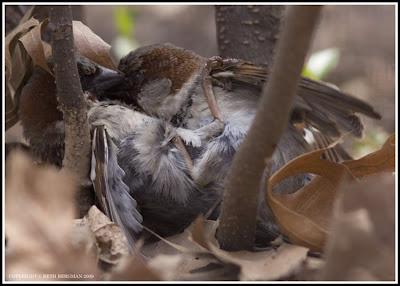 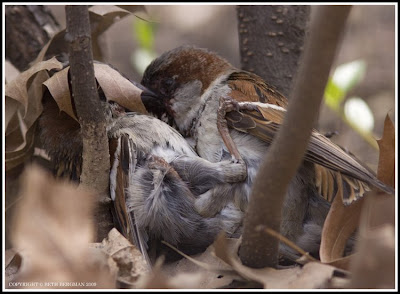 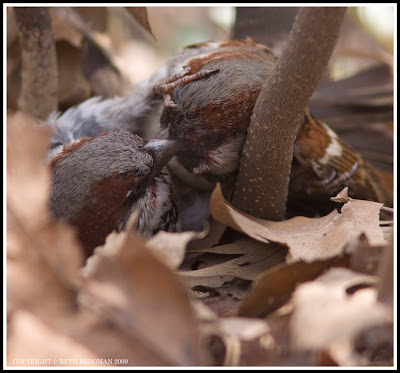 When I came upon this scene the sparrows were already "at it", tossing around in the leaves, oblivious to my presence. First thought- SEX. But wait a minute. I've seen sparrows mating before. The male mounts the female, he on top of her. These two were face-to-face, connected at abdomen and beak to beak. The action was furious, lots of rolling in leaves. I just banged off pictures as best I could. I couldn't really see what was going on, just the intensity. Eventually they both flew off.

Now I've edited the results. Oh my God, they were both males and they were trying to kill each other. One was trying to peck out the eyes of the other. The "connect" was a claw hold. You can see the blood on both sparrow's heads and blood spatter on the beak. Either this was territorial or sexual rivalry. Who would believe that these sweet little birds could turn homicidal. Aggressive is one thing. attempted murder is something else. When I came along they were already at it. The camera recorded the time of the first picture, 10:47:41 a.m. They flew off at 10:49:51. That's a very long time to be in mortal combat.
_____________________________________
Posted by Beth Bergman at 12:42 PM