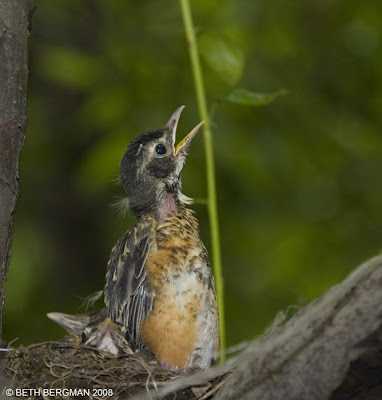 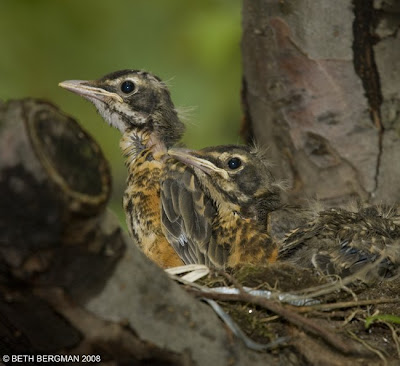 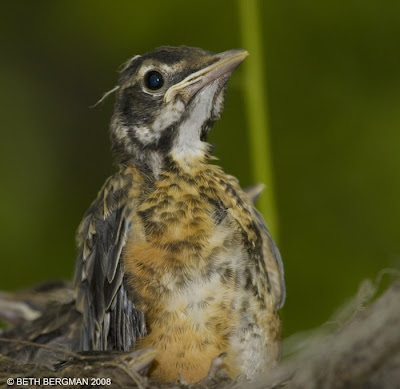 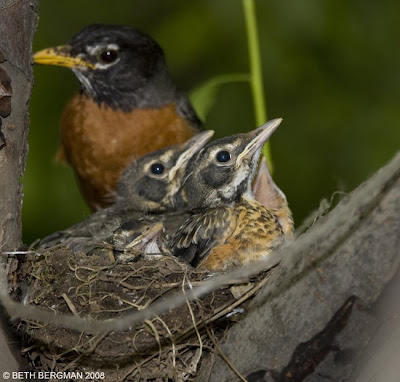 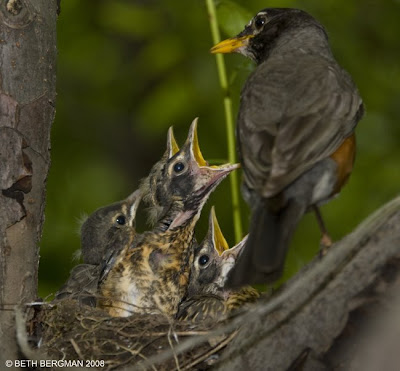 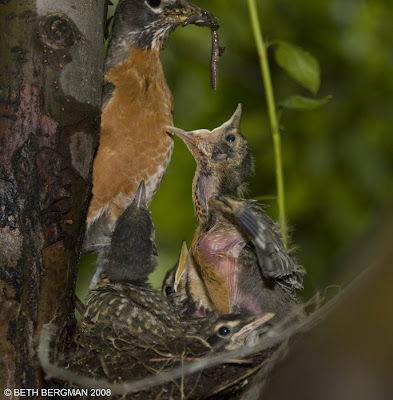 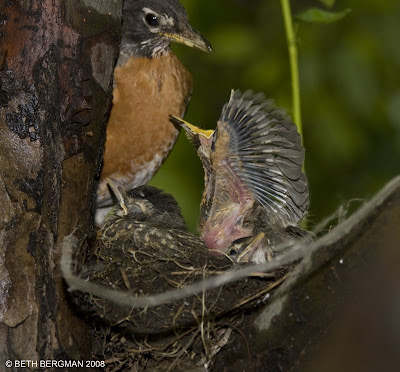 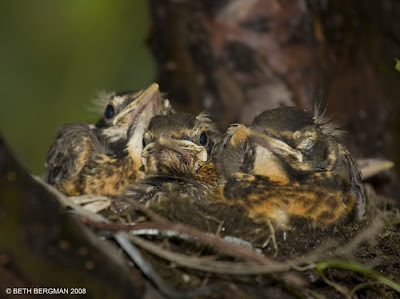 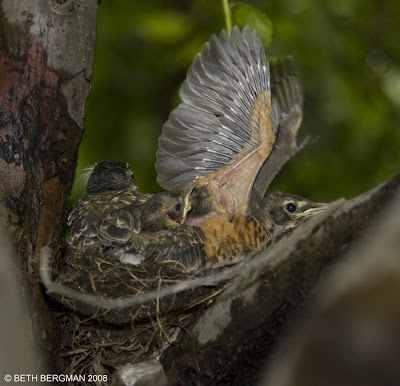 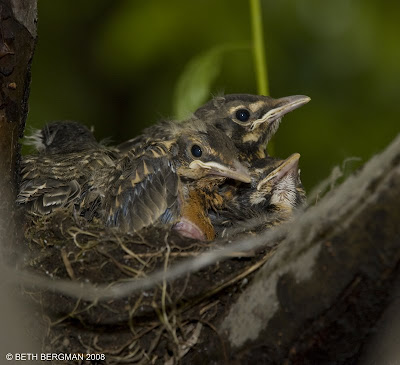 The first sight this morning was Mama robin sitting on a branch outside of the nest. This is pre-fledge coaxing behavior, not due for a couple of days. Then mama moved to the cross beam of the neighboring scaffolding . The babies were watching and as for the babies- they morphed into meerkats with wings overnight. There they were standing in the nest.
After the initial shock it was time to count heads. The possibility that somebody had fledged existed. I counted three kids, then decided to wait till a food deliver flew in. Ah, fourth kid hidden at the bottom of the heap asleep. Really asleep. Or was something the matter??? Sick? Injured? Defective? When food was delivered baby didn't respond. So mama pecked it on the head and it woke up. How would you like to have a pecker for an "alarm clock". Baby, eyes open, didn't rise for food for two feeding sessions, but on the third delivery it perked and it was the only kid that got chow.
After eating the young robins routinely poop. Parents wait to take charge of the "delivery". If child doesn't deliver the goods parent pecks it in the behind. I've seen this repeatedly in this and other nests. Maybe this is what's meant by "pecking order"?
It rained very hard mid-day. Mama sat on nest wings spread, protecting her kids. By 3pm the rain had stopped and the kids had grown more. This nest is getting muddle-crowded, filled with a pile-up of expanding kids.
________________________________________________
Posted by Beth Bergman at 4:47 PM