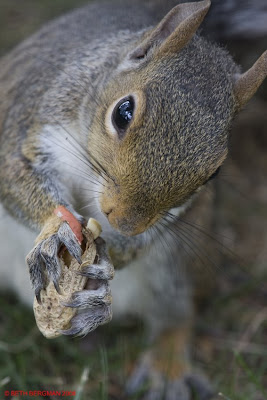 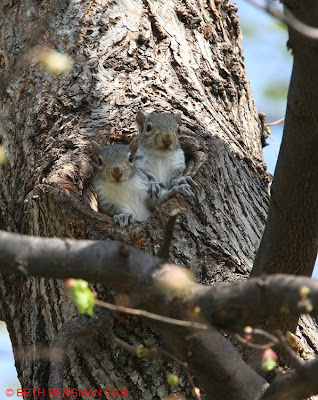 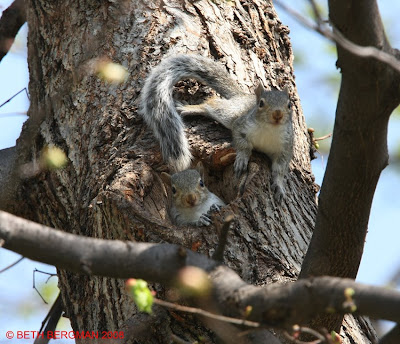 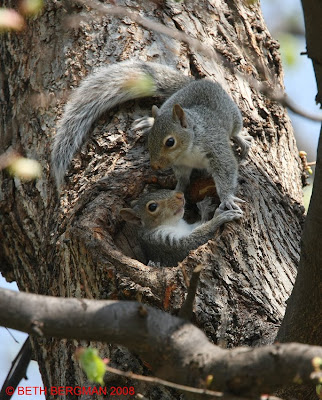 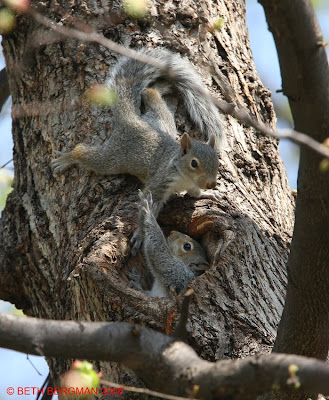 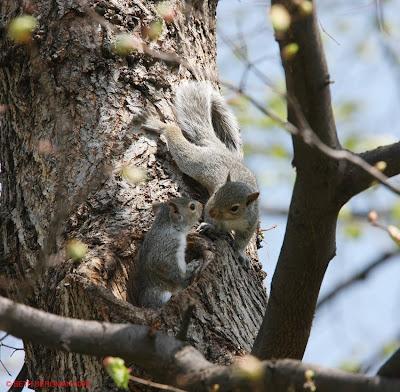 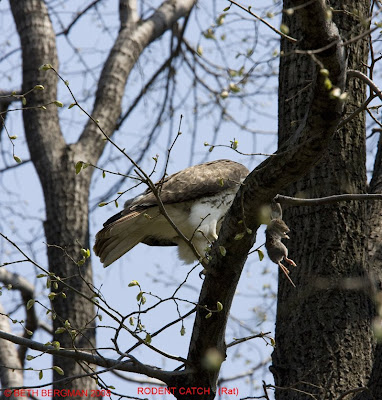 I met a squirrel at the baseball field, an obvious juvenile. Its tail wasn't fully grown and it had that juvenile look... small. It still wasn't good at standing on its rump while holding food and it had no fear of humans. When it tried to hold food and eat it tilted about 12 degrees off center. At first I wondered if the squirrel was suffering from a neurological disorder, possibly the result of eating poison, but then a second young squirrel came over and went face-to-face with Tilt, studied the nut it was eating. Tilt didn't run away. An adult squirrel would have dashed off. This had to be a sibling. I had more peanuts and sibling, who was past the tilt stage, also showed no fear of humans and would have taken the nut from my hand had I not put it on the ground in front of its face. This brought back a memory from April, baby squirrels, who's nest was across the path from the Riverside Park hawks' nest. They were adorable, watched the world from their nest hole, tested their clinging skills at the nest , played with each other face-to-face just like Tilt and sibling. One difference. The baseball field kids are alive. The Riverside Park babies became hawk brunch.
_______________________________________________________________
Posted by Beth Bergman at 5:45 AM