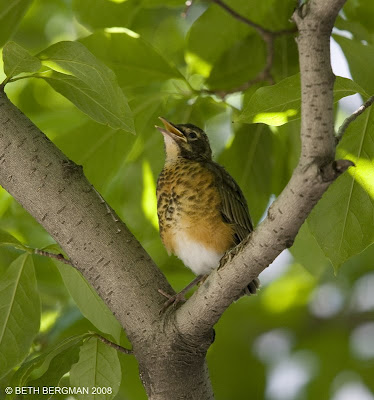 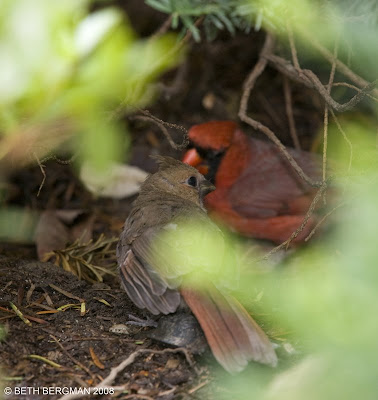 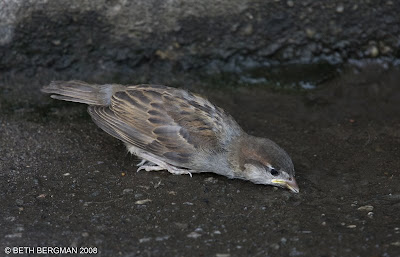 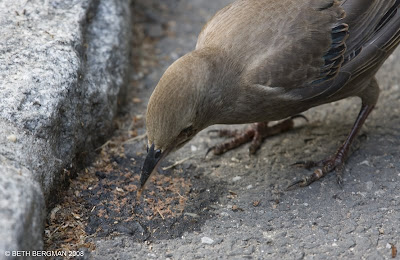 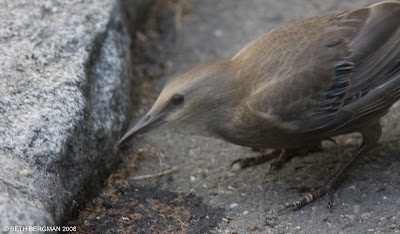 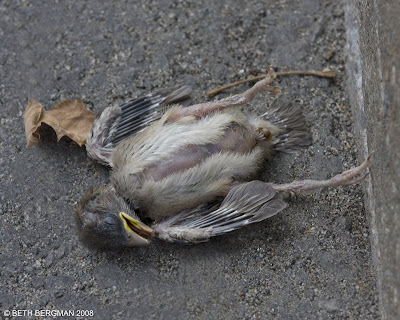 The new fledglings seem fine, two hidden in the bushes, one out on a branch. I'm going to assume that Runt is safe and sound. Now that babies are out of various nests it's a matter of listening for their calls in order to find them. The juvenile cardinal is following the parents everywhere and begging for food. They keep undercover in the bushes. The baby sparrow, easily identifiable by its yellow bill marking, gets fed by the parents, but knows to sip water on its own. Most of the baby starlings are skittish, so I was very surprised when this one came right to my feet. Reason: ants. There was an ant colony and it could sit there and gobble them down effortlessly otherwise this baby would have steered clear of me. Alas, not everything survives. The baby robin most likely tumbled from the nest. I picked it up. It was still warm. Sure, it was baking on the hot sidewalk, so wrapped it in two tissues, Shroud of Kleenex, buried it under some leaves, said "Kaddish", and went on my way. I draw the line at sitting Shiva for dead birds.
_______________________________________________