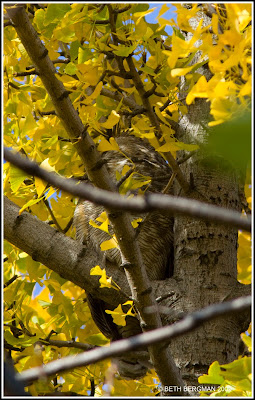 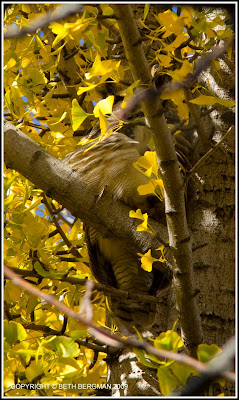 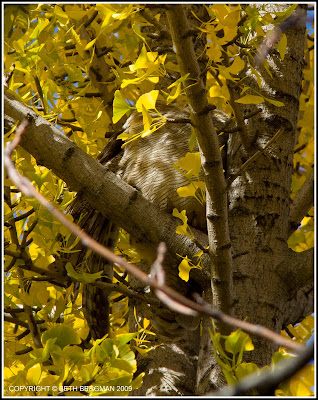 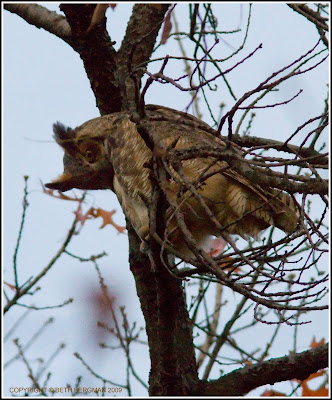 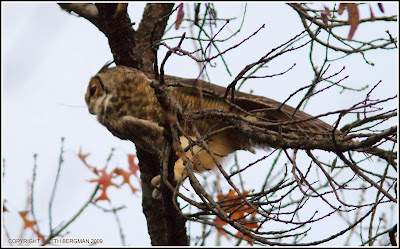 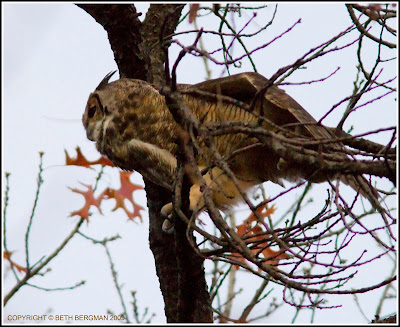 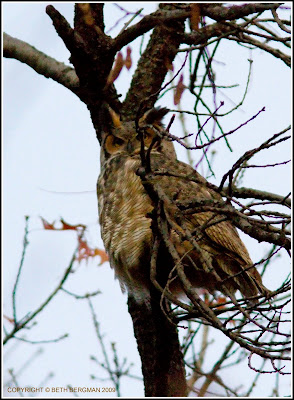 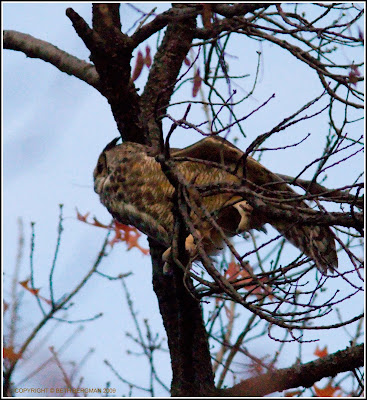 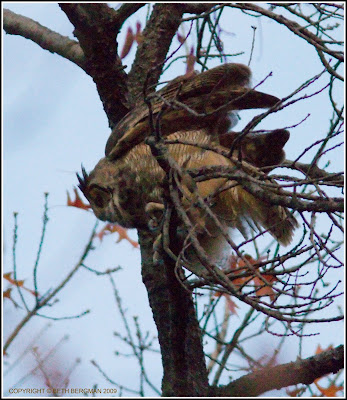 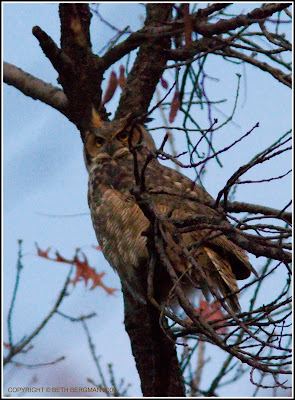 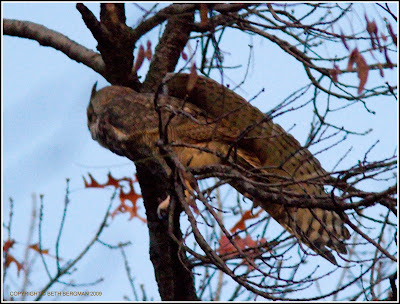 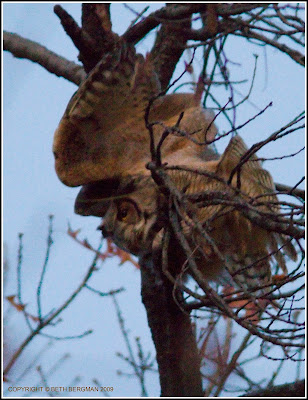 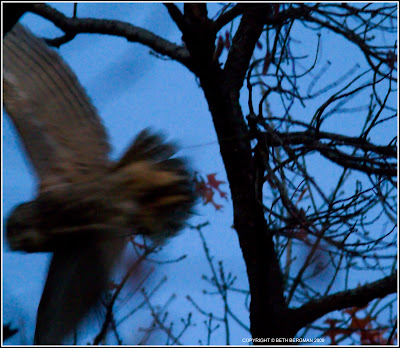 This morning the owl was beautifully hidden in the ginko tree. Nothing will disturb this mighty beauty as it rests during the day. Fluff and wing seen through one tiny opening. Sometime in the late afternoon it awoke and flew to another tree in preparation for flyout and the night food hunt .
What isn't obvious in the open-tree images is that it's dark. I kicked the camera up to its highest ISO, then had to deal with grainy texture (digital noise), but a picture is better than no picture. My naked eyes couldn't see the details that the camera captured. I could probably have stood on the rocks, but ran the risk of falling down the ravine. I didn't realize that I got the owl in flight. It flew to another tree. To my eyes it was a dark bump in the dark, really not photograph-worthy, black in black. I could see its body making movement as if it was bringing up a pellet. But dark is dark. Time to go home. The sunset images are soft, but you get the idea. This was thrilling for everyone who saw the fly-out.
__________________________
Posted by Beth Bergman at 4:34 PM