The bluebirds of happiness 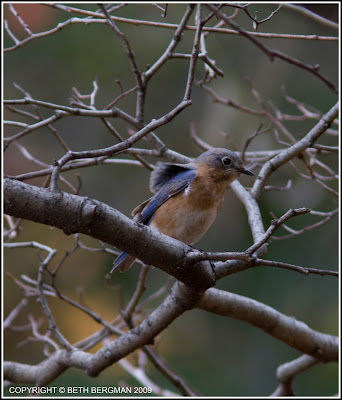 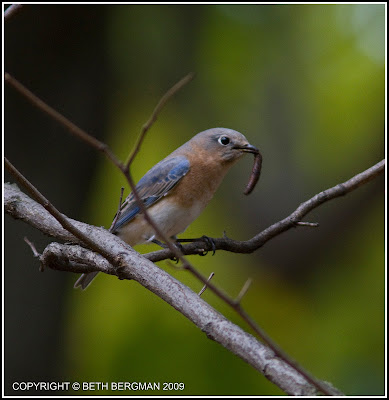 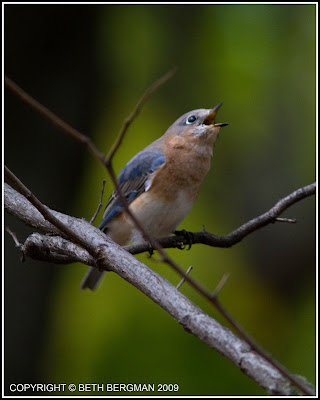 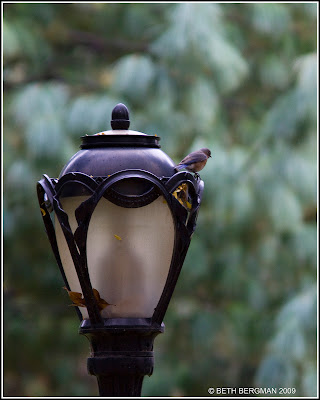 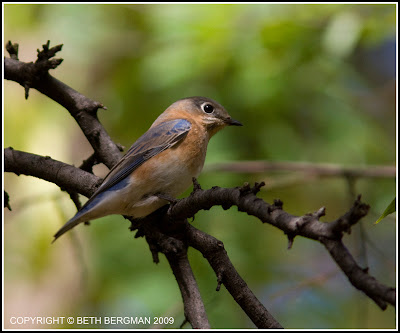 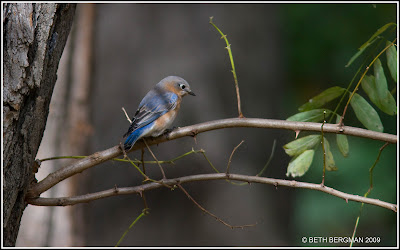 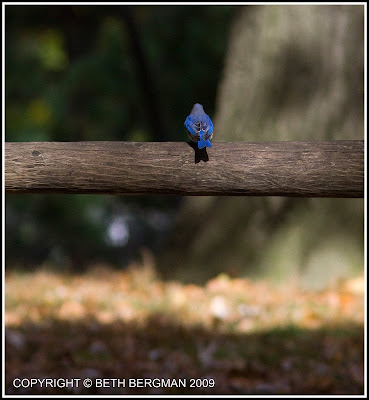 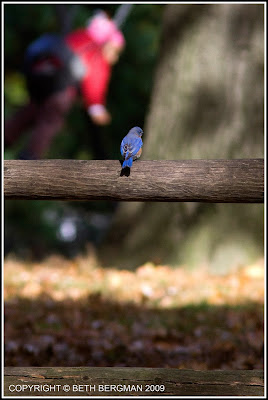 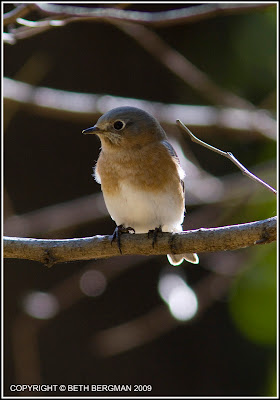 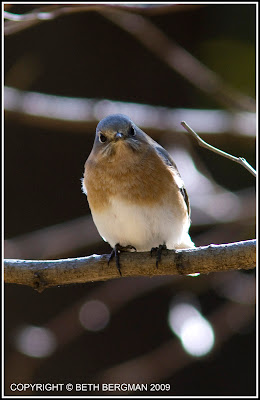 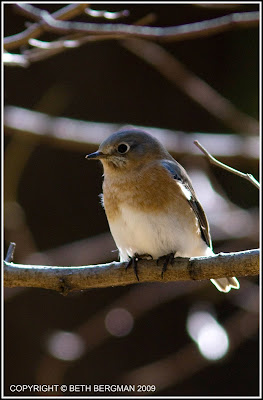 I got to the park this morning and saw that it was still a mess, aftermath of the Marathon. First stop was Tanner's Spring. Nothing happening. Across the road the finches were still eating berries and making a mess. No special sparrows, no hermit thrushes, really quiet. Then it started drizzling. I got really angry. The weatherman had not said it would rain. I have a new camera protector, so got that out to put on the new camera. I didn't mind getting damp, but I wasn't about to ruin a new camera. However, I had not practiced putting on this camera "raincoat" and got it on upside down, so now I was really pissed. No birds, drizzle, upside down plastic, mud. Then I heard a sound I know, cedar waxwing talk. Sure enough, there they were, calling and eating berries. I wish they'd dine a little lower, but they sure cheered me up. I then headed to the Pines figuring that would be the last stop before heading home. A couple of cedar waxwings don't exactly make a successful birding day.

As I rounded the corner movement caught my eye, a bird flying to a branch. Hmm.... what could that be? WOW!! A bluebird. I saw my first bluebird about a week ago. From that experience I assumed that bluebirds like to keep away from humans, perch high up and are shy. Here was a bluebird low down and close not showing fear. My brain was screaming, "Oh God, A BLUE BIRD! Oh my God, OH MY GOD!" Click, click, click. I was freaking. An honest to God bluebird. It was studying the ground and when it would see something it would fly down and eat it, probably a bug. Then it flew down and caught a worm, a huge worm. Fat bluebird. And suddenly there was a second bluebird and a third bluebird. They were hunting for food, perching, watching, flying around this area. Thankfully a second birder, Ann, was in the vicinity. I ran for her and had her come see too. One of the bluebirds perched on the lamppost for a better view. One of them sat on the wooden fence and when the light hit its tail you could see the glorious blue. The drizzle stopped. The sun came out. I stayed in the area for over two hours, because when will I see such beauty again. This was only the second time I'd ever seen bluebirds and never before three at a time. I think there were more, but can only attest to what I saw definitely with my own eyes, two in one tree, one in another. Bluebirds, real bluebirds. Total happiness.
Posted by Beth Bergman at 4:22 PM