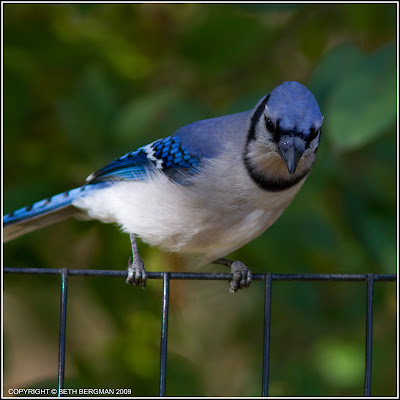 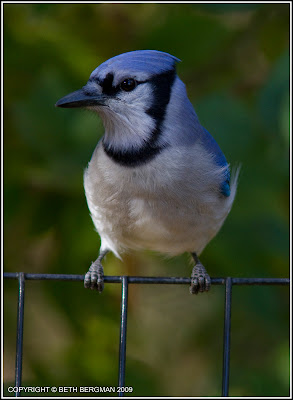 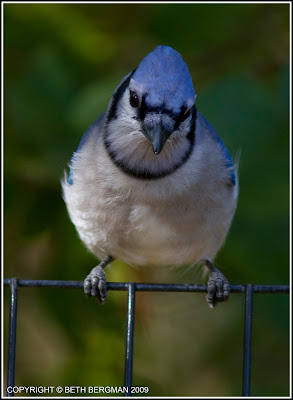 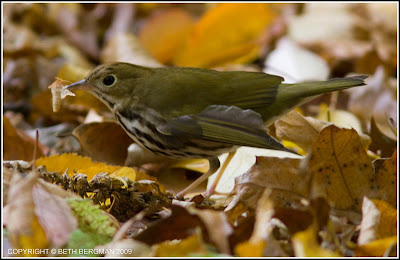 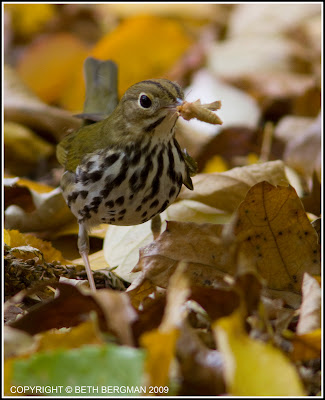 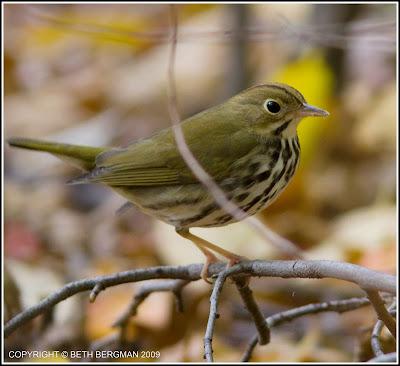 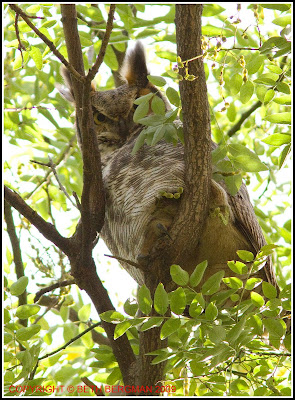 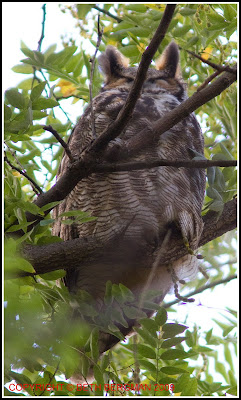 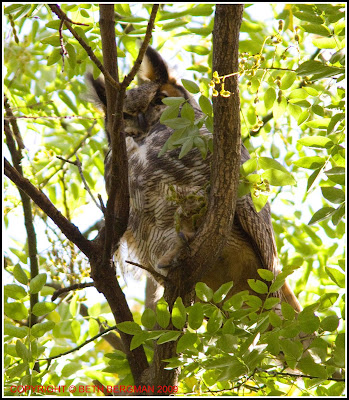 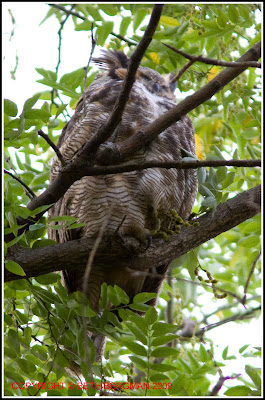 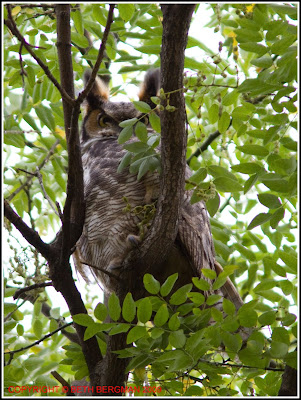 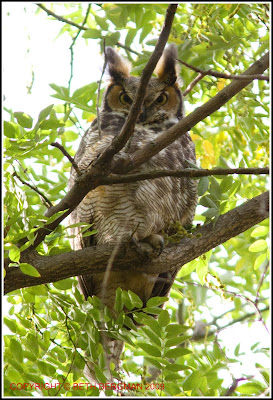 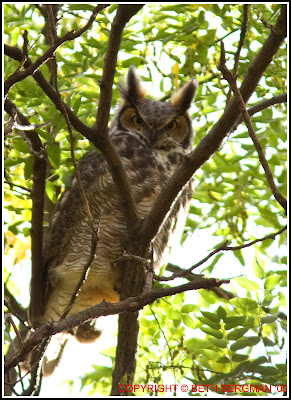 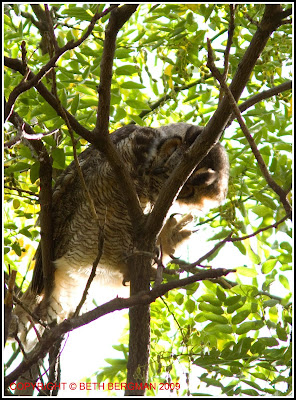 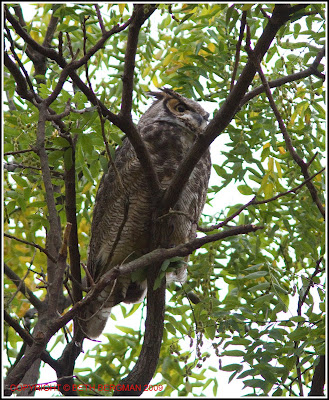 It was cold today. I had a feeling that the bluebirds might have moved on. They have. Yesterday's sole remainder was probably a follower. No bluebirds today. I waited about two hours, strolled around the area. The only blue I met up with was a gorgeous blue jay.

Along the way I saw two kingets, golden. Pictures impossible as they were moving in the leaves very fast. Saw an ovenbird. Kind of late for ovenbirds. This one was finding bugs in the leaves.
And then there was a great noise, screaming bluejays. That kind of screaming means only one thing, hawk. I looked into the treetops were the screams were coming from, could see nothing, so scanned with the camera. Holy cow! Who's that? I mean, a HOO, THAT! A great horned owl. How many pictures can you take of something way up in the leaves, resting, staring, preening, going back to resting , terrible back light, staring again? There's no such thing as too many pictures. What a gorgeous bird. Feet- enormous. I wish I had an x-ray lens. It's awfully hard shooting through leaves and branches.