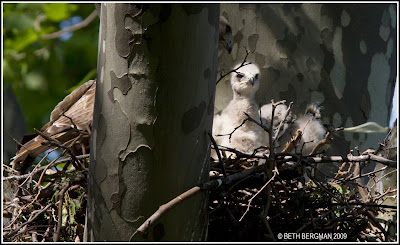 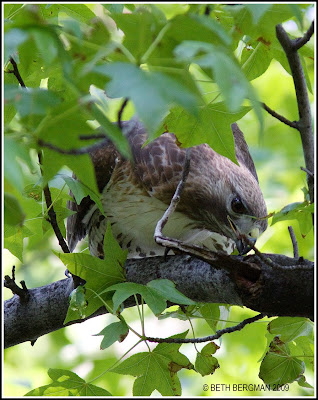 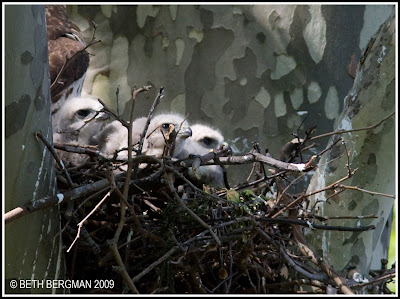 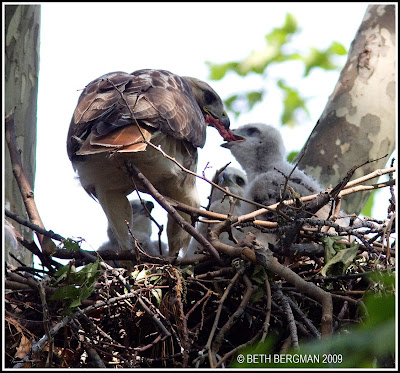 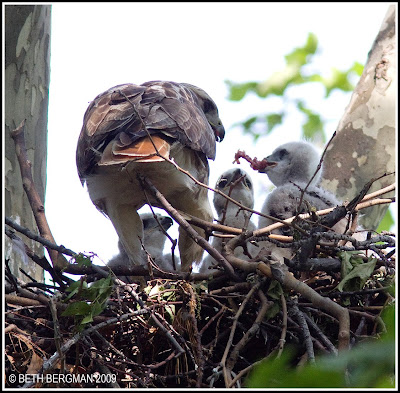 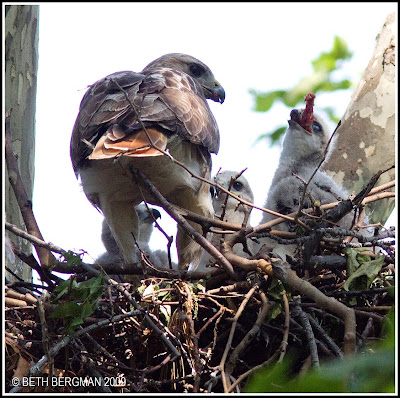 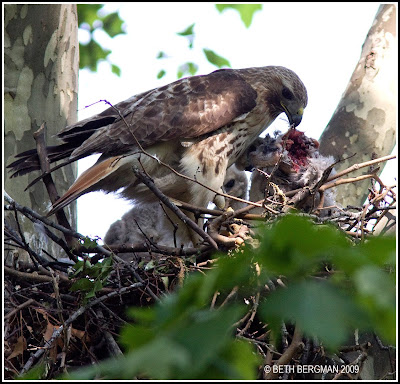 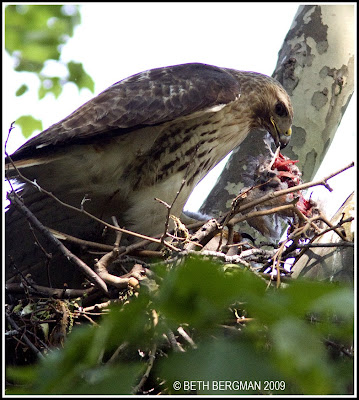 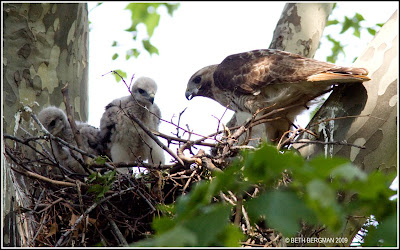 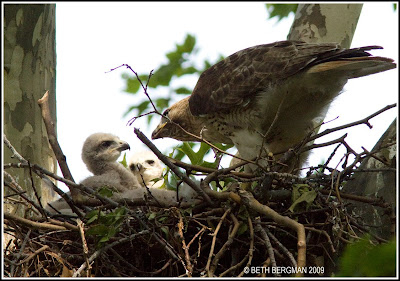 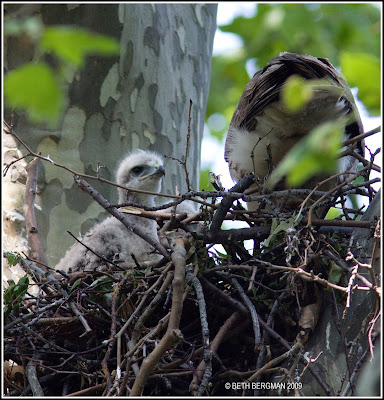 I swore I would not go to watch the hawk family every day. It's better to observe every four days. The changes are more pronounced. But this family is enchanting, so I had to watch again yesterday. And this time, because it's the weekend, they had a large adoring human audience. "What's that?" "What's going on up there?" "How do you know?" "How old are the babies?" "What happens next?" And then there were the "experts",....... "close the area for their safety", "close the highway for their safety", "close the river for their safety", etc. - so that when they fledge in about three weeks no danger will befall them. I'm making book that the hawks will know what to do on their own, maybe fly to the nearby bushes, then up into the area trees, eventually maybe to the playground across the highway, that no matter what humans try to control the hawks will do their own wise thing. Hopefully no wildlife preservers will attempt to capture these babies and separate them from their parents. Human stupidity is infinite.

For yesterday the behavior was predictable, look around (this time north for a change), get fed, rest, exercise, nap, get fed again, walk over siblings, chomp some tasty pigeon, That was the meal today, fresh pigeon. At one point Mama Hawk shifted the main course from back of nest to front of nest. Delicious. The tenderness with which she feeds her babies is a joy to watch. Papa was near the nest part of the time being pestered by bluejays.