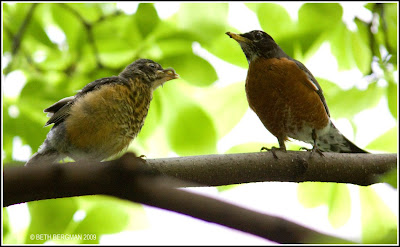 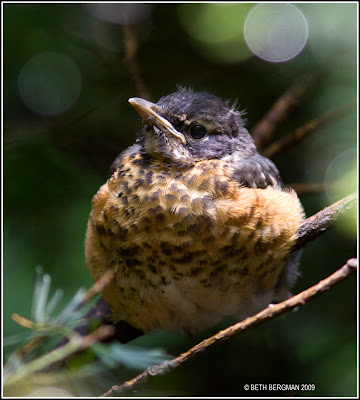 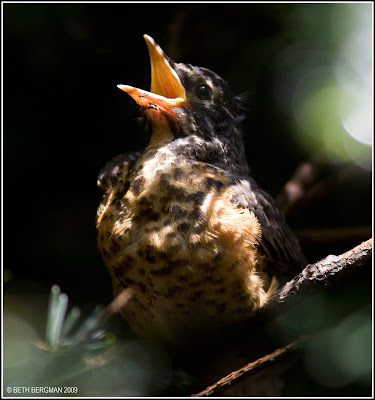 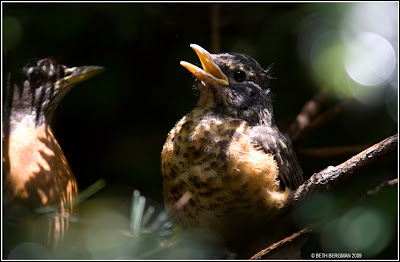 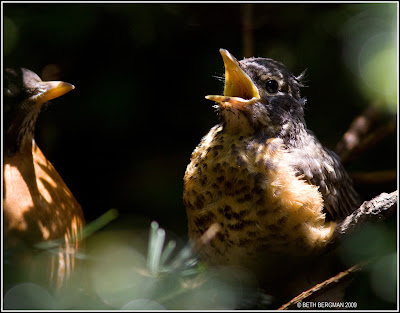 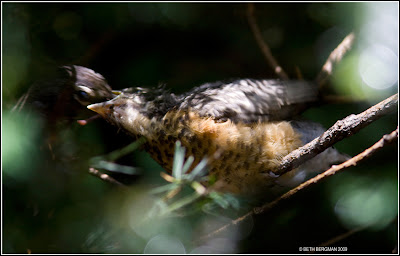 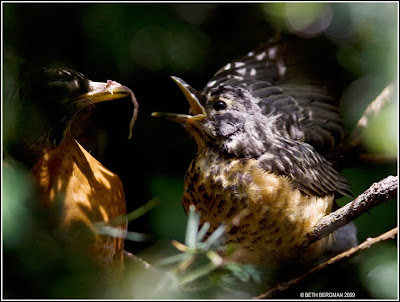 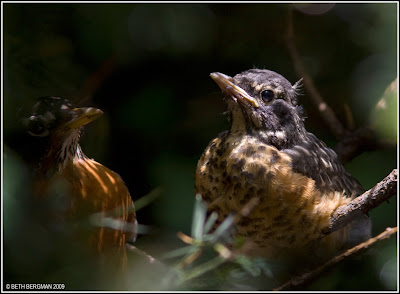 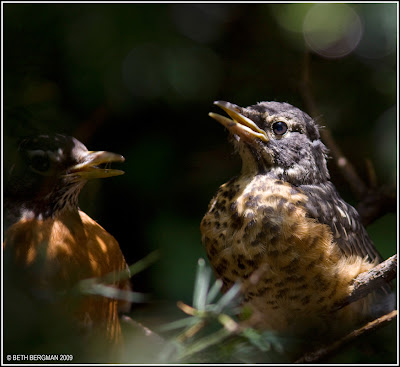 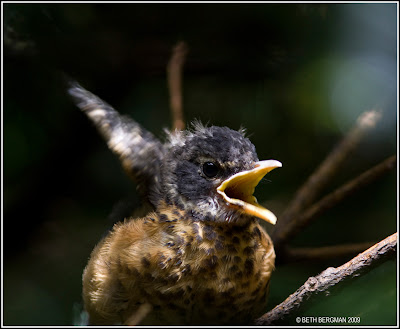 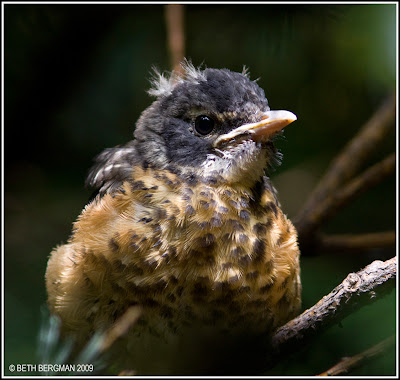 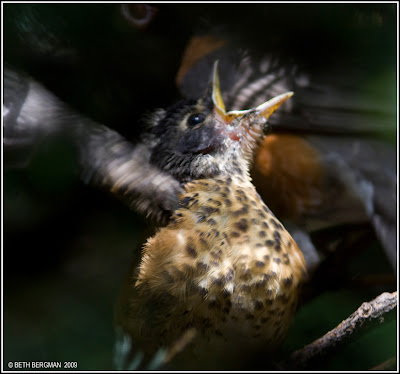 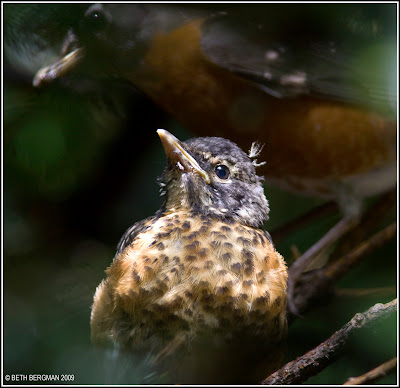 Daddy is feeding his babies, hard work since one is way up a tree yards away from the other who's setting in the dense bushes, same bushes shared with nesting cardinals. Papa brought worms to Baby #1, not bread like the day before. Baby #2 was more accessible for pictures, so I watched on and off during the day. It was a challenge, because there was only one small gap in the bushes for viewing and the dappled lighting made it hard to control contrast. There was no shifting position for a better angle. Shifting meant no view. Rembrandt light and shadow. This baby looks like an infant when sitting quietly, but at feeding time you see the adult-to-be. The papa flies into the bushes from several approaches, from the east, from the north, never a direct approach to avoid any peril to this fledgling. The worms usually go down faster than the camera can capture, less than one second, down-the-hatch. Before feeding the bird calls, "Cheep cheep!", which means, "Feed me!" After feeding the baby repeats, "Cheep cheep", which sounds like, "Thank you". Or maybe it's "Feed me!" again.
Posted by Beth Bergman at 5:28 AM