Laughing my head off 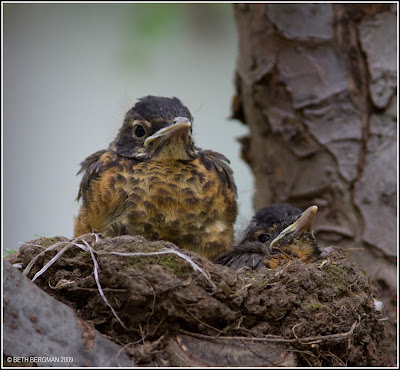 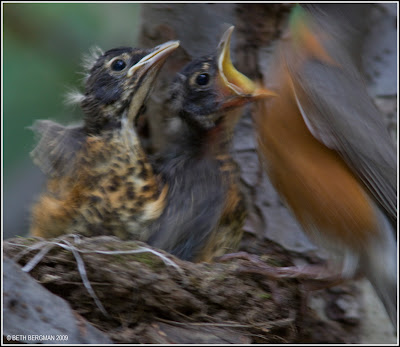 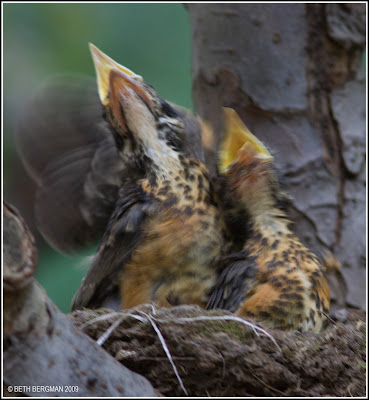 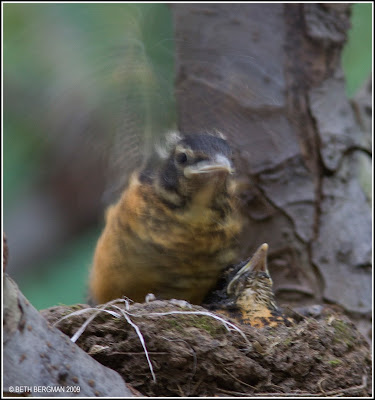 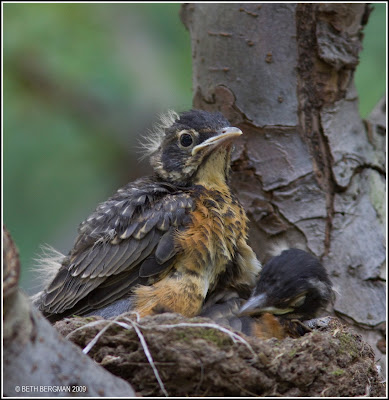 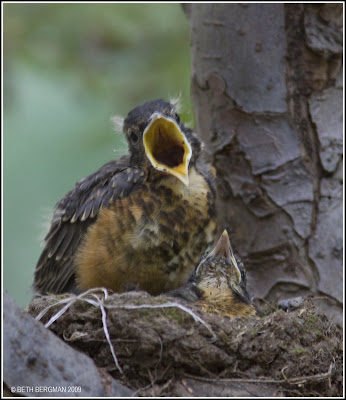 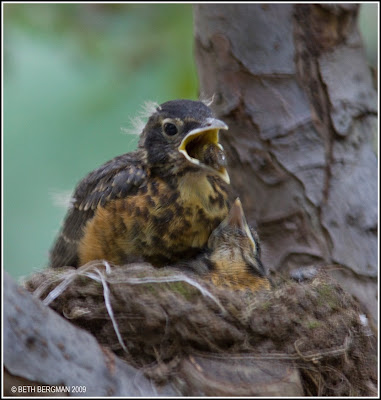 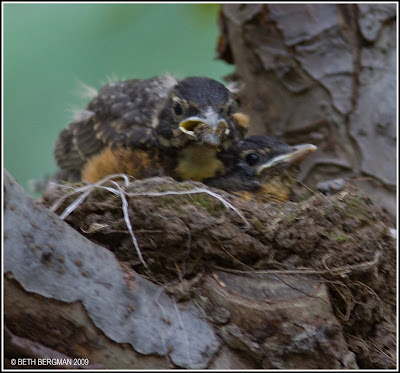 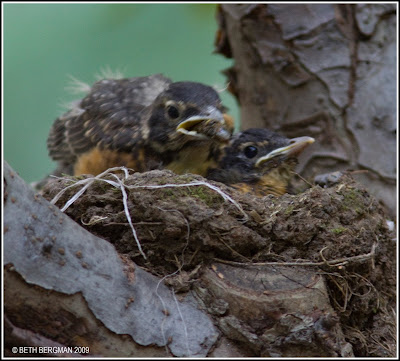 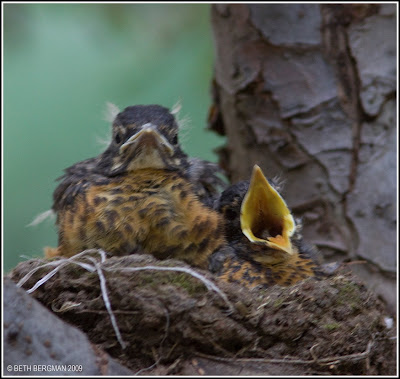 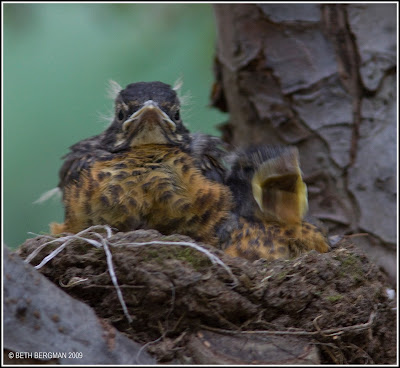 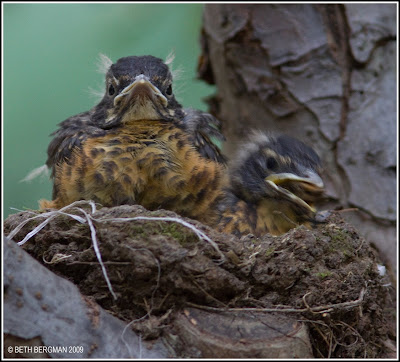 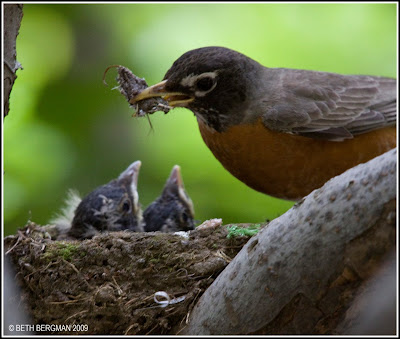 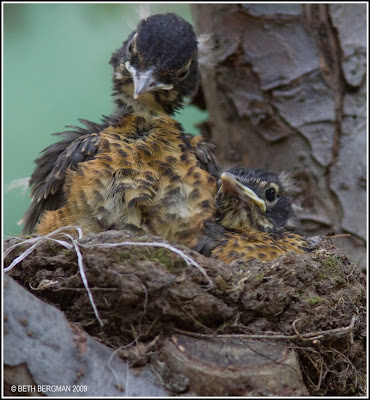 Early evening the nestlings get perkier. When I got downstairs at 5:30pm the first born was perched high in the nest watching everything that was going on. When the camera clicked it looked at me. There was a whole lot of shakin' goin' on. If this first born doesn't fledge tomorrow I'll be surprised. Neighbors were passing by, showing surprise at the babies' growth and enjoying their antics. Baby #2 is a bit slower, but who wouldn't be if you had a sibling sitting on you most of the time. It was low light, so I was shooting at ISO 800 at a shutter speed of about 1/25th of a second, not fast enough to freeze action.

At about 6:30pm shortly after having eaten a worm the first born opened its mouth wide and to my amazement barfed up a big brown pellet. If I hadn't seen this on the 23rd I would have dropped my camera. I had assumed that this had been an odd occurance on the 23rd. Today my mouth was yelping, "Holy crap, it's barfing again!" My neighbors couldn't believe their eyes. No sooner did Baby #1 finish when Baby #2 did the same thing. I was laughing my head off. There's such a thing as the bewitching hour. Baby robins have a barfing hour. I went back to the pictures on the 23rd. Same time period. Then I remembered one other picture, the parent robin retrieving something from the bottom of the nest for removal, most likely the barfed pellet. Absolutely amazing. Whoever would have known. I may never see this again. And don't go telling me I'm nuts. This is fun. After ejection is complete life goes right back to normal, preening and dining on more worms.
______________________________
Posted by Beth Bergman at 6:35 PM