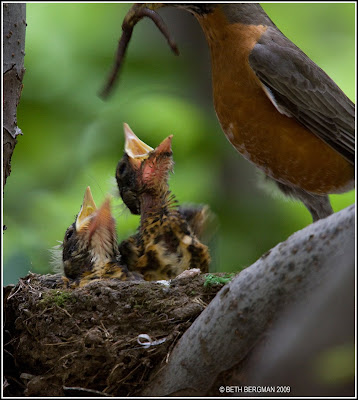 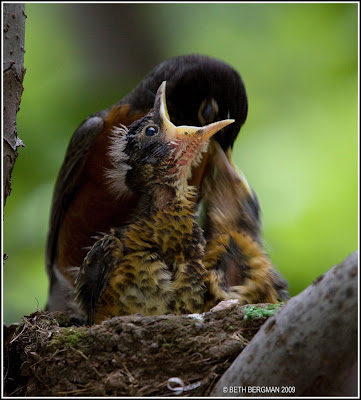 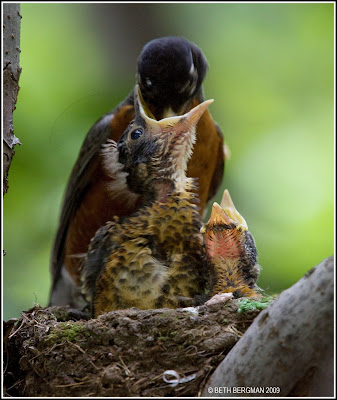 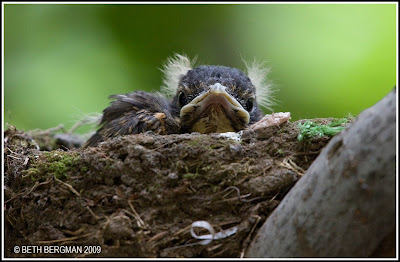 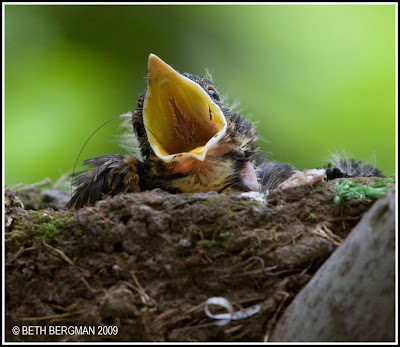 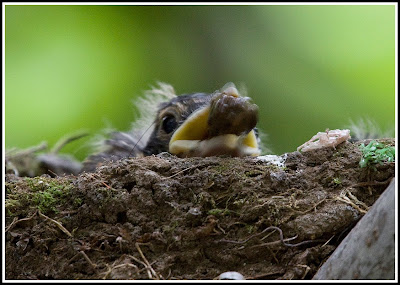 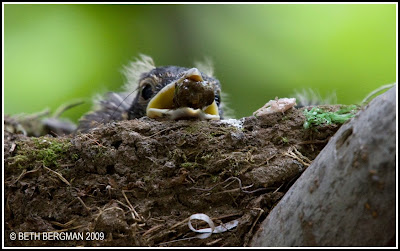 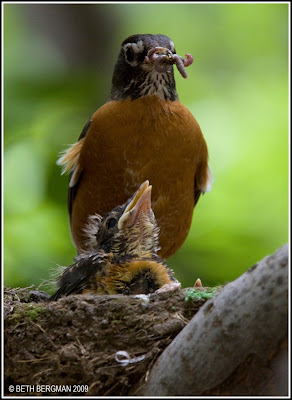 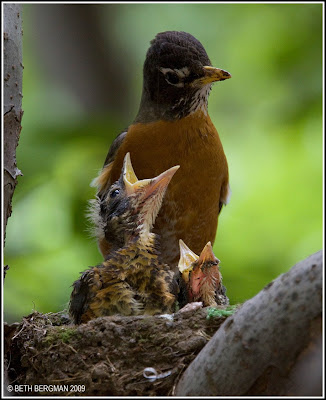 There are still two baby robins in the nest, but too many humans going too close and refusing to stay back. I'm hoping these babes can be fledge-ready by Tuesday. The intrusive humans just don't get it, that this is the robins' nursery, not there for human intrusion. The manners are horrid, "Don't tell me what to do!" "Well, I want to see better", etc. Invasion of privacy, dangerous invasion. The robin parents could abandon this nest. The arrogance of the human adults is astonishing. One baby already dead and they don't even care.

I have noticed that one baby has a filament sticking out of its beak. It may have swallowed a worm with something from the soil attached. I'm worried that this could get entangled in its tiny intestines. It was fed a worm at 5:04:18 . At 5:07:33 it "burped" and then as I clicked it barfed up a wad of stuff. It didn't seem the worse for wear after that episode, but I could still see the thin filament going down it's mouth. Only time will tell what will happen to this baby.
____________________________
Posted by Beth Bergman at 4:43 PM