Work didn't get finished until almost 4pm, not exactly prime time to be heading to the park, but a little fresh air was in order. I stepped out the front door and right there pranced two male robins facing off. There was only time to bang off one image before they went into impossible-to-photograph positions. They glared, this facial expression, not one sound. Robin territorial challenge. 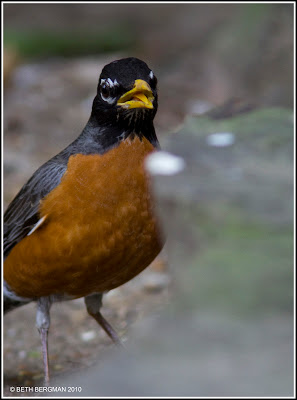 Into the park at West 69th, lots of lawn, nice cluster of robins, but not all in photo position. Finally, I could get what I've seen before. Worm got caught and then abandoned. This looked like a good potential meal. Robin rejected it. It could be a nightcrawler worm. I'm not sure, but it lived to wriggle another day. 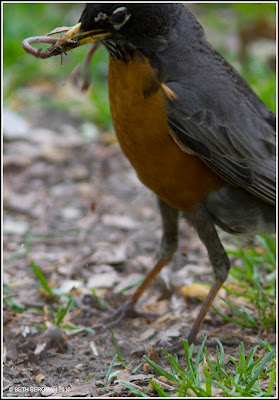 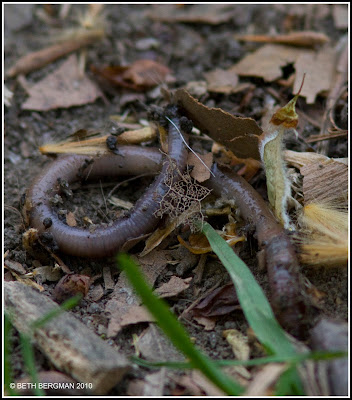 Across the path at Strawberry Field this robin got stuck to stuff, not worm, and ended up cleaning its face using its foot. 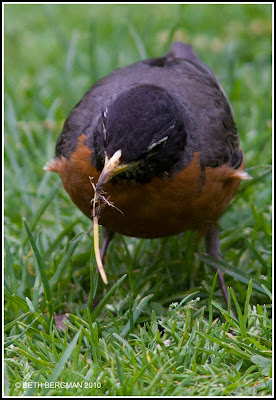 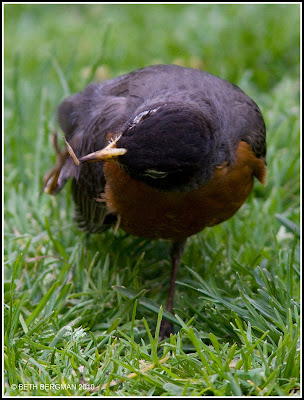 Next lawn- robin war. Males at it again. I guess there just aren't enough worms or space to satisfy them all. Co-exisiting is not on the schedule at this time of year. 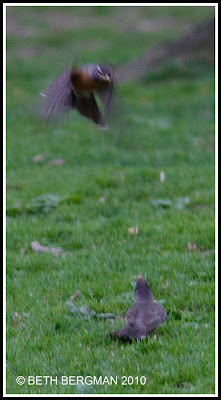 I don't know what was being eaten, but it wasn't worm. There was a lot of whatever it was. Robin sat in one spot and dined. Round somethings. 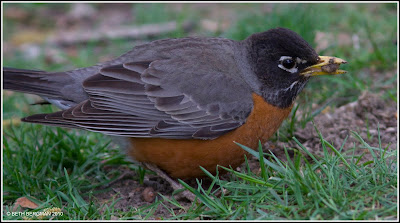 Into the Rambles. Very quiet. Lots of hermit thrush, so pretty and FAT. 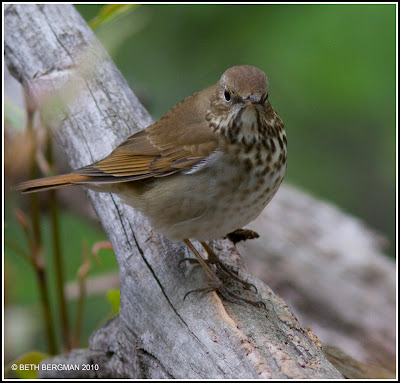 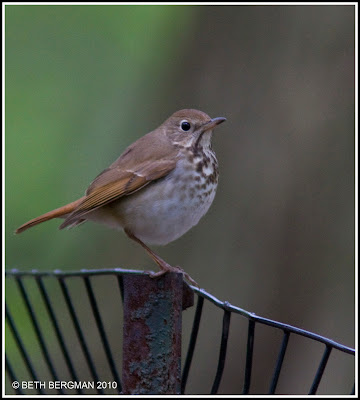 I saw dead logs hatching tiny bugs. Had there been more warblers they would have been gorging, but nothing was at these logs. Too bad. There were oodles of kinglets high in the tree tops, more than I could count and almost impossible to photograph, while by the edge of the lake just past Bow Bridge there was a cluster of palm warblers. They flit slower than the kinglets. 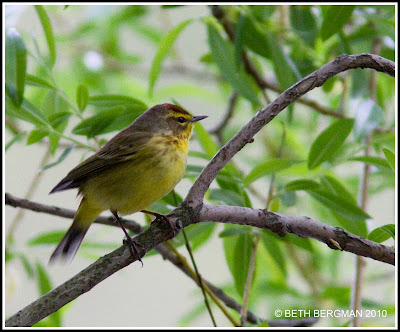 And finally, on the way home, the best- one blue crested homo sapien, female. 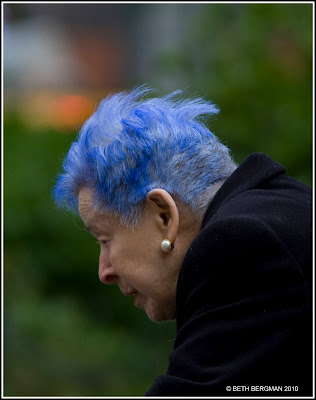