It took almost an hour to get to the park, because there were ferocious territorial bird wars going on. Right by the front door seven robins went at it. It isn't that there's a shortage of trees or grass. They're marking out nesting territory so that they have enough worms and berries for a family. There's nothing gentle about the attacks. They are fast and furious with only one winner per turf. At each street corner the same battle was being fought by sparrows. That's a noisy violent face off with males biting males. The battle can draw blood. Again, there's only one victor.

I got to the park at 69th street and watched the same sparrow war, but right above in the fir tree was the answer. Nest-in-progress with other nests in same tree and lots of available nest-building material on hand, or rather on beak. It's the same as the grackle rookery tree by the path in Strawberry Fields, a nursery tree. Often very noisy. 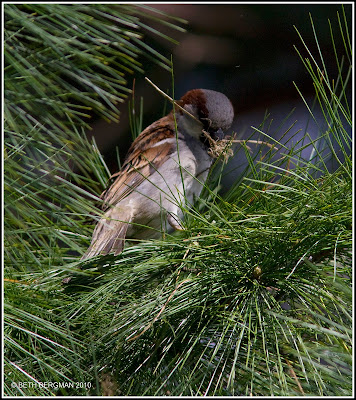 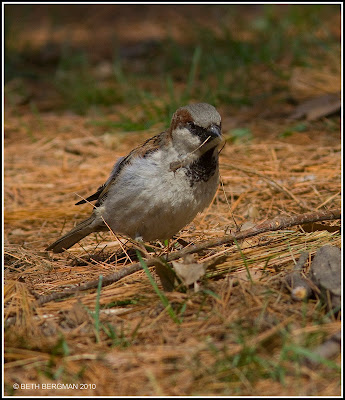 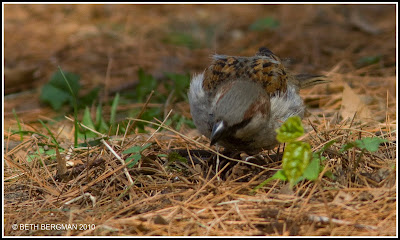 I'm not sure what this pigeon picked up, but it took a few seconds for the wad to go down. 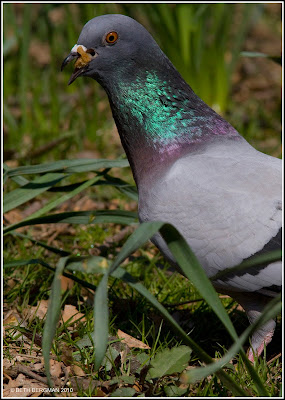 The chipping sparrow at Sparrow Rock....... there were a few. 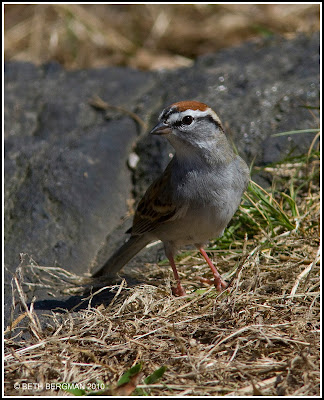 Back to Turtle Pond. Calmer than on Good Friday. A few pine warblers, kinglets and two phoebes doing their usual bug-snagging ballet. 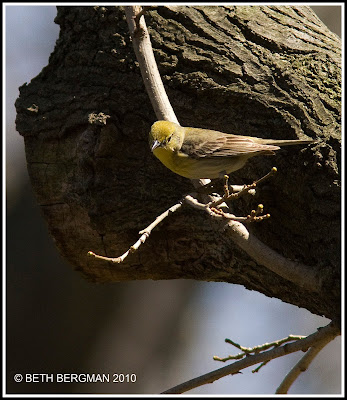 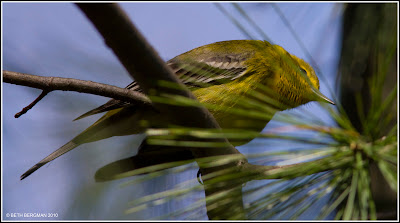 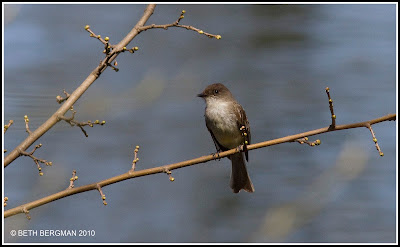 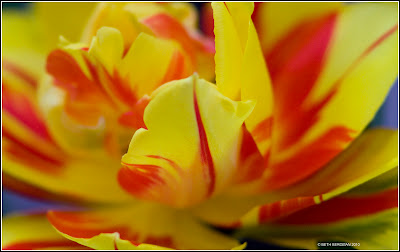